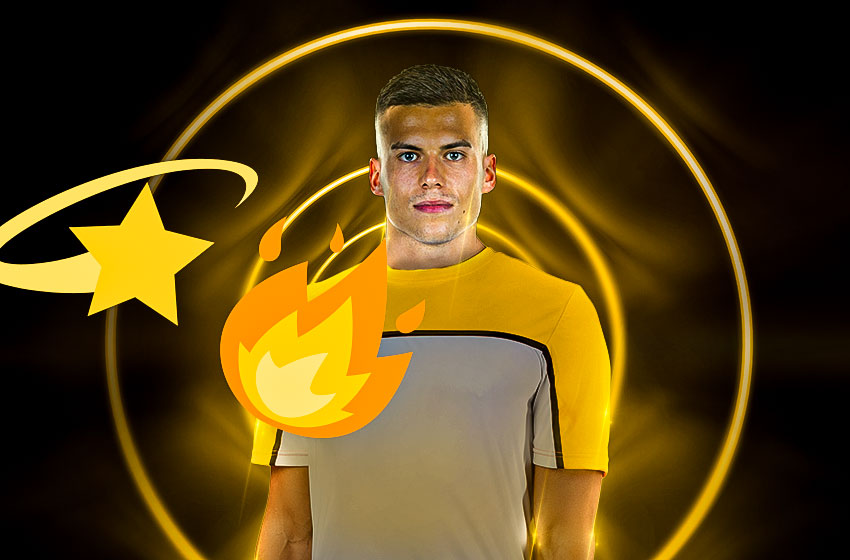 After moving to Germany in 2016, Benes has played 19 overall matches in the 2019/2020 season. Borussia Mönchengladbach have produced some outstanding players over the years like Ter Stegen (Barcelona) and Marco Reus (Borussia Dortmund). The record talent produced by Borussia Monchengladbach is enough to make everyone fall in love with their youth academy. However, they did not stop there, as an uprising star László Bénes, is on the brink of getting into the limelight. His dedication and passion in the game will see him progress wherever he goes.

What is László Bénes style of play?

László Bénes having turned down a move to Arsenal; is a very mature and dedicated prospect. Due to his quick thinking and style of play, he has been linked to his Slovak fellow countryman Hamsik in his style of play. He is an intelligent midfielder and very creative with the ball. He is one player who is always ready to have the ball so he can distribute it to his teammates. As a playmaker, he has set up four goals in 13 appearances in the German league.  He is a technical player, rather than a physical player; and that’s one feature that most midfielders need to possess to prosper in their respective areas of the game. Hopefully in the future, he will find teams which suit his interests and style of play.

What are László Bénes’s Strengths?

Laszlo Benes possesses most attributes of a successful midfielder. His ability to get to teammates with a pass is top notch, as he’s seem to find players around him easily. It really is a nightmare for defenders when they realize who they are facing. Technically, he is a midfield maestro, coupled with his freekick prowess and his long shot, goalkeepers would be at his mercy. Benes knows how to boss the midfield with his massive work rate in the game. Thus, having a midfielder like Benes in your team will give your midfield an advantage over your opponent’s midfield. What a composed midfielder to behold in this presents day football; Very dedicated, technically efficient and doesn’t get tired easily.

What are László Bénes‘s Weaknesses?

As any midfielder in the present-day football, Laszlo Benes cannot brag about his Defending and man marking abilities. He seems to find it difficult to progress in these respective areas. Even-though it is important for a team to have a midfielder who can defend, it is quite unfair to rate a midfielder according to the attributes of a defender. No single player in this wonderful game is blessed with all the attributes required from a footballer. There must be lack in at least an attribute, but, with time, enough training and experience, he will shine through.

László Bénes has come a very long way, and finally this is his season. A few years ago, Borussia’s fans doubted this purchase and thought they have overpaid for this unknown kid. Fastforward to season 19/20, Borussia Mönchengladbach are enjoying one of their best ever seasons with the help of players like László Bénes. László is having a great season; having played around 19 matches out of the total of 24. He is an absolute machine. Making a whole lot of work quietly and delivering consistent performances.

Borussia Mönchengladbach have developed a lot of players, and be sure that László Bénes is one of them. He is surely a highlight for this team and is finally shining through. Borussia gave him a very stable platform to shine and show his worth, and what a way to do so. We are sure that László Bénes will become a very well-known athlete. The way he is playing, developing and consistently showing up at the right time and moment, comes to show what a great season he is having.

László Bénes was shining since he was a kid; where he moved from Slovakia to play for ETO FC Győr U19 in Hungary. In February of 2015, László moved back to Slovakia to play for MSK Zilina. He played a massive season and a half where he got the attention of Borussia Mönchengladbach where he moved for a whopping 2 mil (quite a lot for a player from Slovakia). Following the move, he got called up to Slovakia’s National team whilst racking up some 9 appearances in the Bundesliga at 19 years of age.

He has been a rotational player for quite a while in the past few years. Having said that, luck was not on his side during the years at Borussia Mönchengladbach. He had quite a big injury a couple of years ago, however, he did not let this injury put him down. He did his best to work his way back up, where Borussia Mönchengladbach loaned him out to Holstein Kiel where he had a decent season which led him up to this one.

László Bénes, has had an interesting transfer history which shows quite a lot. László’s journey is quite a remarkable one where he has sacrificed a whole lot for the love of the sport. He done his best to always showing up, being present for any opportunity that might arise. László is doing everything in his might to become a successful individual and you could even see it in his pursuit of changing clubs to chase all the opportunities.

László Bénes is a mega individual. We do not know him personally, but we could see his story. One could have easily taken the easiest route and stopped. László Bénes continued to chase his dream. This pursuit and hunger will definitely make him one for the future. He is a mega player and he is still quite young. We think that the sky is the limit for the young László Bénes.

As discussed, we believe that László Bénes is a star individual. We think he is a very talented player and will go far in his career. Where will all of this take him? What are our predictions?

In curtesy of the platform “transfermarkt”, László Bénes  is currently evaluated at 6 mil as per on this date 14/12/2019 being when I am writing this analysis. We believe that he will go up to 8-10 million in the next market update. If by the end of 19/20 season he manages to rack up to 18 appearances (but very importantly – he must rack up the minutes), he would go up to 13 million in value.

Very Good Season (all or nearly all the approx. 34 Matches): Value would go up to around 28 mil.

Our Prediction would be that he shall be having a very good season and he will be playing for Borussia Dortmund next season.

We believe that László Bénes is a player which we definitely respect. We understand that this sport and discipline requires a lot of time, sacrifices and luck, however, after digging in and seeing László Bénes story; it is one that motivates and compels us. László fought back. He gives his at most. He pushes always to the absolute limit. We are his fans, for his sheer talent, persistence and hunger to succeed like a true professional. László Bénes is a star which needs some polishing up, however, we think that he is at the perfect environment to do so. Can’t wait to see him unfold even more this season!

Football Association (FA) coaching badges are necessary if you seek…