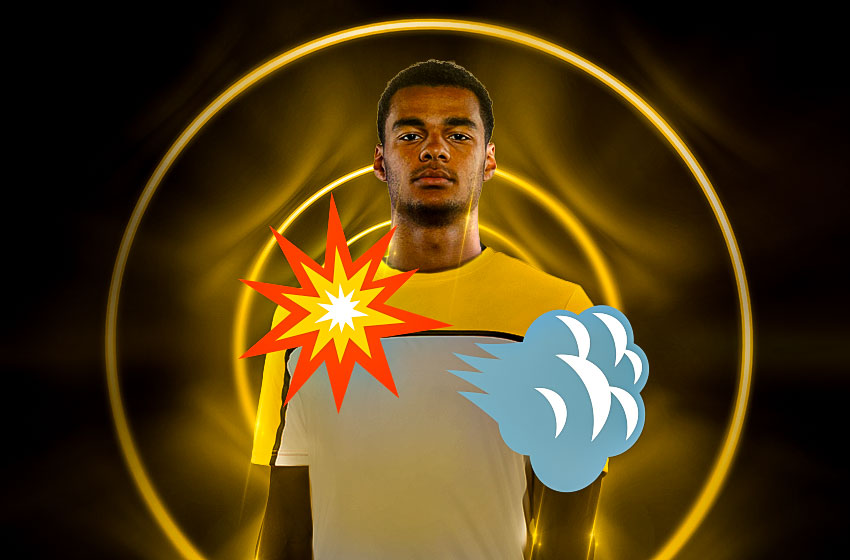 Over the past years, PSV have produced some outstanding players. Some names in the clubs history books like Memphis Depay and Coen Dillen who scored 288 goals for the club have made their names known in the game of football. This shows how productive their youth academy team is. In this year’s campaign, a special Kid from Eindhoven has sprung out of the shadows and has caught the eyes of the spectators. Cody Gakpo. He is just 20 years of age.

Who is Cody Gakpo?

Cody Gakpo had made his professional debut for his club on November 6th, 2016, and ever since then has made some couple of starters for the club. Born in Eindhoven but also a descent of Togo and Ghana, he is indeed having a breakthrough of his life this season. During this 19/20 campaign, he has made 27 appearances, scoring 4 and setting up 6 goals for his teammates. He also has the Dutch championship and the Dutch U17 trophy to his name. Having already achieved a whole lot, even-though he is still 20-years-of-age.

What is Cody Gakpos’ style of play?

Cody Gakpo is a very determined player. He does his best to win each battle. All thanks to his good physique, it has become so easy for the Dutchman. Even though he’s blessed with natural fitness and pace, he is more of a team player than an individual performer. His height gives him an edge over his markers. He is described as a nightmare for most defenders as he possesses most of the abilities of an attacker.

Gakpo’s vision in finding his teammates is what he is known for as he has set up more than he has scored as a winger. These are the few reasons why he is classified as a team player, rather than a showman. His playing style is like the likes of Eden Hazard and Daniel James of Manchester united combined.

What are Cody Gakpos’ strengths?

One of the reasons why he is compared to the likes of Daniel James is the ability to find his teammates easily with a cross. Coupled with his explosive pace and all-round technical prowess, proves his all-round attacking capabilities. There are other features the young Togolese player possesses and they are: a fantastic first touch, Vision to find teammates easily, balance off and on the ball, etc. Did I forget to mention about his teamwork manifestation?

If your team plays like that of Klopp’s Liverpool, where their game is based on team work, I suggest you go for players like Cody Gakpo.

What are Cody Gakpos’ weaknesses?

As an attacker, he is mostly concerned with his attacking work rate, rather than his defense. All round, his work rate is poor. He also has defensive flaws like poor tackling and man marking. These reasons combined are why he is more of a team player than an individual showman.

Cody Gakpo has appeared in 31 matches this season (nearly all) as a mainly rotational player. Having said that, he has started a whole lot of matches as PSV’s main striker (Donyell Malen) got injured.  Cody Gakpo has already shown that he is a very worthy striker; at just 20-years-of-age, he is showing to be a very good asset for PSV Eindhoven. With his refined technical abilities and blithering pace Cody Gakpo is an absolute joy to see him play. All the merit goes to PSV Eindhoven, not just for developing such a talent, but even to let him play and trusting him with all of this pressure. PSV Eindhoven are perfect for him. They seek potential and fully develop it within their eco system; they are true professionals in this field.

PSV Eindhoven have developed a whole lot of talents over time, and Cody Gakpo is another one of PSV Eindhoven’s flawless record. They have created a system which develops youths and rehabilitates players to their absolute potential. Cody Gakpo is a pure talent. This season has been a decent breakthrough for him. Pumping in pure performances after another. Such a joy to watch. Scoring and assisting, day in day out; delivering on more than consistent basis. Always showing up earn him a call up last season with the Netherlands U/21 where he scored 2 in 5 matches. I am sure, that time will come for Cody, where he will switch from an important rotational player to an essential first team player.

Cody Gakpo is one of those players who delivers consistently and slips slightly under the radar.  Having scored 25 goals and 11 assists in 52 matches whilst coming up through the ranks in his youth career. That is utterly impressive considering that he did all of this whilst competing against players whom are older than him. Since his debut in the Eredivisie he scored 5 and 11 assists in 35 appearances. You should keep in mind that he has just turned 20 a few months ago. That’s mind boggling considering everything. I do not know what I was doing when I was 19, for sure I wasn’t playing at this high level of sports.

All of the above might be interpreted to be quite of a straight forward growth of moves within a stable Eco-system like PSV. Having said that, Cody Gakpo had to muscle his way through, gaining promotions way before the natural growth within the same system. He is pushing like mad, Cody Gakpo is definitely one for the future

As discussed, Cody Gakpo is at the right place to develop and grow. He might not be in the spot light as for now (19/20), however, we are positive that he will shine through as soon as the opportunity arises. He is a massively talented player. Even-though he is not in the spot light for now, we can see star characteristics within Cody Gakpo. He’s literally up there. Cody is carving his way through, developing himself on the daily. He is at the right platform at the right time. Just remember this; Cody Gakpo, remember the name. He will soon be making headlines.

In curtesy of the platform “transfermarkt”, Cody Gakpo is currently evaluated at 6 mil as per on this date 17/12/2019 being when I am writing this analysis. We believe that he will go up to 7-8 million in the next market update. If by the end of 19/20 season he manages to rack up to 40 appearances (but very importantly – he must rack up the minutes), he would go up to 9 million in value.

Good Season (approx. 20 appearances out of approx. 40): Value would go up to around 8 mil.

Very Good Season (all or nearly all the approx. 40 Matches): Value would go up to around 10 mil.

We believe that for the 20/21 season, Cody Gakpo, will be staying at PSV Eindhoven. We Shall be analysing how and why. Furthermore, we think that he will have a massive season in 20/21. On that note, who are the potential candidates to acquire this talent called Cody Gakpo?

Our Prediction would be that he shall be having a very good season and he will be playing for Olympique Lyonnais for the season 21/22. We believe that Arsenal would want to see how Cody Gakpo performs with OL prior to acquiring his services. It might be a long shot, but hey, what’s in trying?

As you can see, Cody Gakpo is for sure a huge talent. Cody is lethal on the flanks and even as a CF. He scores and assists whilst performing very consistently. A huge talent to say the least. We will play a wild card and say that next season he will have a huge break through and will attract a whole lot of clubs towards him. His is just sitting in the shadows, however, we are sure that Cody Gakpo will shine through when the opportunity arises. Stay woke, Cody Gakpo is one for the future.