7-sided football is a branch of the common sport, futsal. The name already indicates that 7-sided games mean 7 players playing against 7. There are a lot of similarities in both formats, 7-a-side positions is one of those. The name of the positions and the area these players cover is the same.

Contents hide
1. interchanging roles in 7-a-side
2. The Goalkeeper
3. Become an Insider.
4. The Defender
5. The Midfielder
6. The Attacker
7. Conclusion
8. Here are Some of our Favourite Football (Soccer) Cleats

However, the major difference is how the players play. This depends upon the formations and tactics. Formations determine the actual roles of every player. This article is about the role of every player in every position. Let’s get right into it!

We have also given examples of how the roles of every player change with different formations in order to make you understand better. This applies to 7-a-side positions but to 11-sided as well.

Formations and tactics are changed according to the nature of the game. For example, if a team is losing a knockout game with a 1-0 score. They are going to prioritize scoring a goal more than anything.

The coach and the players are going to be aware about the fact that their team is going to lose even if they conceded another goal or could not score one. Therefore, the coach is going to try and commit more numbers forward. This is where the roles of almost every player are going to change.

From here onwards, we will be discussing 4 key areas of positioning in 7-a-side football. These ideas are also applicable to standard football as the two formats are almost identical. If you understand these 4 positions, all other positions in football are derivatives of these. This discussion will be fundamental for your understanding of the game. We will be discussing these:

The keeper must be really verbal as well because they get the whole view of the pitch. They have to guide their defenders about any player behind them or any player making a clever run. Furthermore, they must call out their players smartly before playing a pass to him.

Keepers are also the energy providers or whatever term you want to call it. They must back up every player and boost their confidence. This is because playing in the outfield is very much more demanding than playing in goal. A simple applaud or positive comment can really lift any player’s morale.

This helps other players focus more on the game and put in more efforts. Hence, goalkeeper is a very responsible 7-a-side position.

Defender is the second 7-a-side position on our list. Defenders are very similar to goalkeepers. Their primary job is to stop the opposition players from reaching the goal as well. However, they must be very versatile and a good defender must also be a good attacker in 7 sided football.

There are at least 2 defenders in every 7-sided formation. Therefore, the defensive duo must have good chemistry and understanding of each other’s game. One out of the two defenders is known as the last man.

the job of a defender:

The job of the last man is to always stay at the back. The name also suggests that the last man is someone who is always present at the last. The last man sticks to his place and avoids going too forward. This is necessary to prevent any sudden counterattacks or 1 on 1 situations with the goalkeeper.

The last man must be strong physically. He must be able to body off the other players. Furthermore, he must be able to connect a good header because normally players feed long balls to their forwards.

Therefore, the last man must be able to win maximum headers. Otherwise, it can lead to a goal. If there are more than 2 defenders playing, then at-least one of them spends a lot of time connecting the play with the midfield. However, the defence and the midfield are both very crucial 7-a-side positions.

Both positions depend on each other. The best football teams in the world, no matter 11-sided or 7-sided often have midfielders and defenders who know each other very well. Defenders must also be team leaders and very active just like the goalkeepers. The reason behind is the same.

Defenders can see if there is any player behind the midfielders or the striker. Therefore, their job is to alert their partner by saying things like, ‘Man On!’ or ‘Man Behind’ or ‘Behind You’. These phrases vary from player to player. However, the message always remains the same.

Defenders must also be very good passers and readers of the game. This is because they have to contribute a lot to maintaining possession. Midfielders can often play back passes to their defenders when in tight or tricky situations. Therefore, good defenders must be able to receive those passes and play them back to the right player.

They work the most, yet do not get as much credit. Normally, all the awards and applause are given to the person who scores the goal. However, the players in the team know that the most working players are the midfielders. Hence, having strong midfield is crucial to win games or trophies.

qualities of the midfielders:

Midfielders must be quick on and off the ball. They have to make quick and right decisions. Furthermore, they have to help their attack as well as their defence. Therefore, they always have to be in motion. Hence, they must be really fit and have a lot of stamina.

Agility is yet another necessary quality to have if you want to play in the midfield. Midfield is all about making the right decisions within a blink of an eye. Therefore, players must be very agile. Slow or lazy players cannot really operate in the midfield.

the job of midfielders:

Normally, 3 defenders play in 7 sided games. However, the numbers can increase or decrease depending upon the number of the defenders and strikers. The job of the midfielders remains the same. They have to support their attack and must drop down to help the defence. It is very easy to conclude that midfield is the most crucial of 7-a-side positions there is.

Midfielders are also the most calm and composed players. This is because they need to read the game very well and aggression does not allow you to do that. Their technical ability must be of top quality so that they can manoeuvre through tight spaces.

Strikers or forwards is the fourth and last 7-a-side positions on this list. The job of a striker is fairly simple. Strikers are there to avail chances and convert them into goals. However, there is a lot more to it. Strikers must be helpful to their defenders. Good teams like to have more ball possession. This job cannot be achieved by midfielders and defenders alone.

Therefore, strikers must be able to play small passes with their midfield and make opposing players chase the ball. Strikers must be having really good first touch. This is a demand to any football player, even the goalkeeper.

qualities of the strikers:

However, strikers are expected to have the best touch especially aerial ball control because not every goal scoring position is going to be comfortable for them. They still have to try and score. Furthermore, good first touch also means good first time finishing. Strikers do not always get time to control the ball, and then finish it. They must be able to finish the ball first time. Hence, a good touch is needed.

Strikers must also be good defensively. Striker is a versatile 7-a-side position. Therefore, they are expected to be the first line of defence. They must press the opposition goalkeeper as well as the defenders. If they are able to snatch the ball, it can lead to an easy one-on-one situation.

job of the strikers:

They have to keep trying even if they do not snatch the ball. Therefore, a lot of stamina and fitness is also required. They must be having very good heading ability just like defenders. This is because strikers receive many long passes from the back. Strength is also crucial so that they do not get bodied away by defenders.

Therefore, striker in 7-a-side position is someone who has to do a lot more than just scoring goals in order to make a permanent place in the squad.

These are all the basic 7-a-side positions. As mentioned above, the jobs and roles stay the same. However, the gravity of the games also determines how every player needs to act. There is no other 7-a-side position except these four. The only difference is how players play according to the team’s needs.

We stay eager to hear from you, let us know about your thoughts! Do you have anything to add? Reach us out, and we will love to have a discussion. Make sure you visit our soccer section for more!

Its simple, European football is the best in world. Think…

There is no doubt that veganism is on the rise… 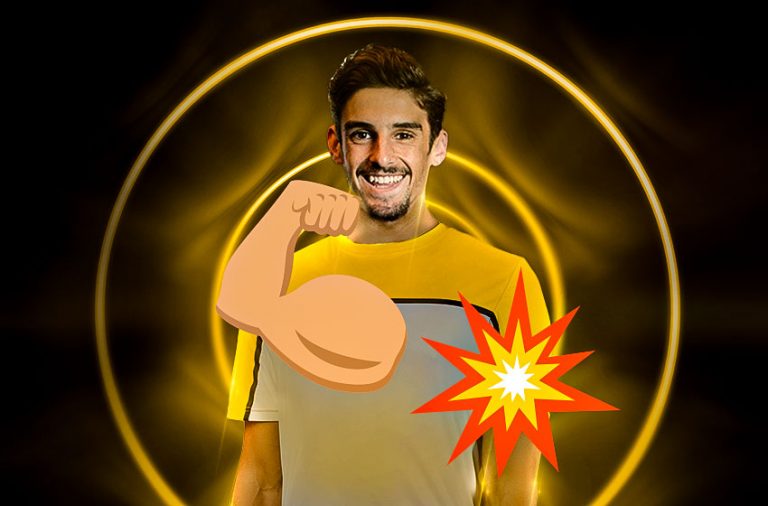