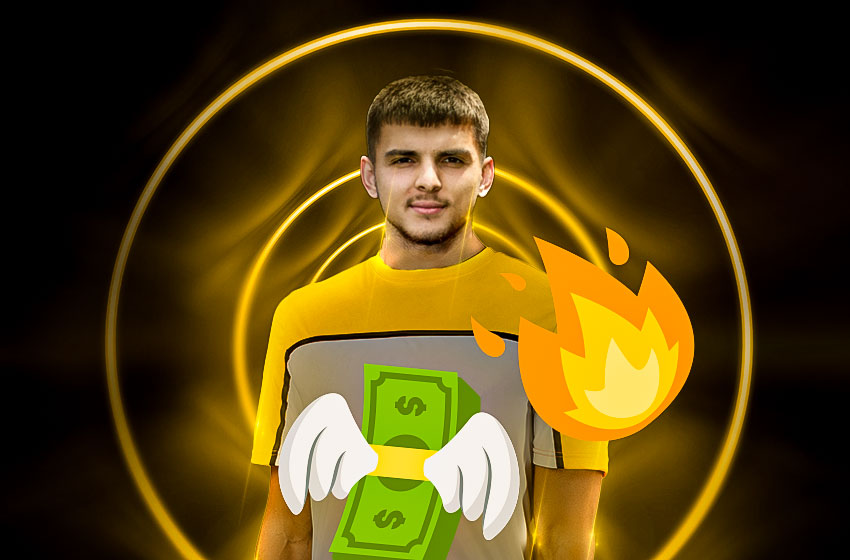 FC Twente is one of the most recognized leagues in the Eredivisie. They have had some good numbers of talented footballers over the years. The previous season in the Eredivisie, Frankie De Jong was the most outstanding midfield talent, before signing for Barcelona. This is one of those years, when analysing their league and FC Twente, Lindon Selahi is one of FC Twente’s greatest young talented midfielder, and he is just 20 years of age.

Born in Namur, Belgium, Lindon Selahi has had some memorable experiences in his country. He started playing football at a very young age (4 years old) where he played for local clubs. He was then noticed by standard Leige in 2011, where he scored in his debut against Anderlecht and they came out victorious. On the 6th day of June, 2019 he signed a professional deal with FC Twente for contract duration of one year.  Ever since then, he has made 15 appearances for FC Twente, scoring in one of the outings.

Internationally, he had the choice to choose between several national teams; Albania, Belgium, Kosovo and North Macedonia but he chose Albania over them all. He made his debut for Albania on 14 October 2019 in the Euro 2020 qualifier.

What is Lindon Selahi’s style of play?

Lindon Selahi is one of the greatest acquisitions of the FC Twente side. He is a very determined midfielder, who plays both attacking and defensive role of the midfield. He likes to do layoffs when the chance is given. In attack, he draws fouls more often in the heart of the opposition defense. As a midfielder, he is not too blessed with the ability to provide long precise passes, thus he prefers playing shorter passes. His defensive consciousness and tactical awareness makes him a good tackler of the ball. Committing fouls at the right time and at least danger to his team makes his game a bit special, due to the fact that he plays a different style of the game entirely.

What are Lindon Selahi’s strengths?

If you are conversant with how important a good tackler is to a team, then you must understand how important Lindon Selahi is to FC Twente now, and for the future. His tackling and anticipation is his most recognized traits by scouts and his managers. Considering the fact that he rarely loses the ball to the opposition, his spectators might have to compare him with Wilfred Ndidi of Leicester City. He made some couple of outstanding performances due to his ability to be a team leader. A marvelous prospect found in the lad, as I wouldn’t be surprised if he is called up soon for greener pastures.

What are Lindon Selahi’s weaknesses?

We would believe that every midfielder should have the ability to find their teammates with long and precise pass, and it is the key attributes of every midfielder. However, it is not really true. Some midfielders specialize in their respective areas of the game, and Lindon Selahi might just lack some key attacking traits like; long pass, balance and strength. Great midfielders lacked some of these features in their young age, but with personal training they managed to acquire the required attributes. We just hope with time he will follow the footsteps of the greats.

Lindon Selahi has appeared in all possible matches and playing the (nearly all) the full 90 minutes all round. At just 20-years-of-age, he is a revelation, not just for FC Twente Enschede, but for the Eredivisie in general. Lindon Selahi came quite a long way. His story is a pretty impressive one. We are definitely happy that he landed at FC Twente Enschede, as they are perfect for him. He is owning the midfield like an experienced professional.

Lindon Selahi started the season with FC Twente Enschede on a high note as they were unbeaten for the first 6 matches. FC Twente have been promoted back to the Eredivisie this year; with the plan to invest a whole lot in their youths, to ensure a more sustainable long-term future in the Eredivisie. Lindon Selahi  is a huge talent.

This season is an absolute breakthrough for him. By pumping impressive performances one after the other, Lindon Selahi has been called up with the senior International team of Albania at 20-years-of-age. Even-though FC Twente have had a slight slump in form in the recent matches, they are still doing just fine since their return to the top tier league in Netherlands. Lindon Selahi is FC Twente’s crown jewel. He is playing very well, however, he needs experience. FC Twente is the perfect platform for Lindon Selahi.

Lindon Selahi changed 3 big name clubs since 2014. He has been chasing all the leads he could get; going after each and every opportunity that might arise. Lindon has struggled quite a lot trying to pen a good professional and stable contract, and he finally got hooked by FC Twente. Even here though, they still gave him a 1-year contract which is not the optimum for Lindon Selahi.

However, we absolutely love how he is doing his absolute best chasing and doing everything in his power to chase his dream. After having moved from one club to another, and having a whole lot of coaches who doubted him, he is finally at home. He silenced everyone in his past by playing at Netherlands Eredivisie and Albania’s Senior team.

After all the struggles, he still made it. What an amazing story. He is hungry, Lindon has not arrived where he wants to be, however, we are very happy for him on how he progressed. Lindon Selahi, we are your fans. He is a star player in the making.

Lindon Selahi, as had an interesting transfer history which shows quite a lot.

Lindon Selahi has had it tough. He wrestled his way through. He attracted the best clubs in Belgium, but he did not settle. Lindon Selahi knew his worth. That is why he is always chasing. He is hungry to be the best. We believe that Lindon Selahi will be making headlines very very soon. As stated, we are your fans Lindon Selahi. He is definitely hungry. He has not settled. Stay woke. Remember the name.

We believe that Lindon Selahi is hungry. As analysed before, yes, it is true that he has some rough edges that needs sorting out; however, he is doing his best, and he is still 20! We really believe in Lindon Selahi, he is working on his dream and chasing each opportunity that might arise. That is why we really believe in him. He is doing his absolute best. He knows what and where he needs to improve. Lindon has currently the best platform possible, so we are not worried at all. We are not hyping him up for nothing because we believe that Lindon Selahi is different. We might not see him with the big clubs in Europe, however, he will become a very good midfielder with a stable future.

In curtesy of the platform “transfermarkt”, Lindon Selahi   is currently evaluated at 0.6 mil as per on this date 12/12/2019 being when I am writing this analysis. We believe that he will go up to 1.25 million in the next market update. If by the end of 19/20 season he manages to rack up to 34 appearances (but very importantly – he must rack up the minutes), he would go up to 2.5 million in value.

Very Good Season (all or nearly all the approx. 34 Matches): Value would go up to around 2.5 mil.

We believe that for the 20/21 season, Lindon Selahi, will be moving from FC Twente Enschede as he is hungry for more. We Shall be analysing how and why. Furthermore, who are the potential candidates to acquire this talent called Lindon Selahi ?

Our Prediction would be that he shall be having a very good season and he will be playing for SC Heerenveen or AZ Alkmaar. We really hope so as both sides would benefit from this move.

To sum up with, Lindon Selahi is a mega talent, no question about that.  He is hungry and motivated. Nothing much to add, we are huge fans of his and we really believe that he’ll do the right move in the future. We know this for a fact, because he moved clubs and out of his comfort zone. What an impressive story. Cannot wait to see how this will unfold. Lindon Selahi is a star player in the making, keep on pushing!

Soccer training at the youth level is different from training…

In this article we will be comparing Competitive Soccer vs…

To begin with, formations reflect your game plan, your team’s…