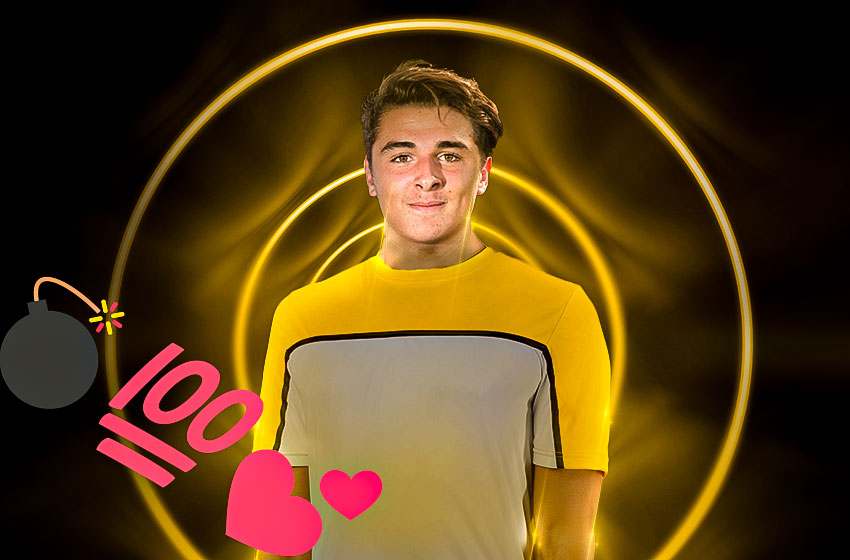 OM wanted him when he was 13

Joris Chotard would have never played in Montpellier. As his former coach, Kévin Corbière, said at the France Bleu Hérault microphone;

“There was Sochaux who had proposed a contract when he was 13, and OM also got closer, but his choice went to Montpellier”

In particular, the US coach Pontet was very complimentary of his colt at the time; “Joris had something. He is the best player of his generation in the department. Penalties were 100% successful with us, free kicks were 80%. I was impressed!”.

Who is Joris Chotard?

Considered one of the Montpellier’s great prospects, Joris Chotard played his first minutes in Ligue 1 on the first day against Rennes (86 minutes played). And he hopes to continue on this path, he who enjoys the trust of his club. Indeed, Montpellier announced that the midfielder signed his first professional contract on his 18th year birthday. The young man, who will now wear number 13, has confided on the official website of the club; “At the beginning of the season, I had no idea of signing my first professional contract in my club. It’s a nice surprise, the fruit of my work but also a nice brand of confidence of the club and the coach. I’m really happy about it.”

What is Joris Chotards’ style of play?

Chotard is a distinctive prospect. He shows determination on and off the pitch with his teammates, having all the characteristics of a defensive midfielder. Coupled with his high work rate and anticipation on the ball, he shows decent strength and manages the game. His first touch perfection and his tackling make it very easy for him to have the ball on his feet at all time. In addition, Chotard is a pillar in the midfield, as he is very strong and very aware of his surroundings. It’s such a joy to see Joris Chotard play. Hopefully, he will get transfer requests from the top European clubs and international call ups sooner than later.

What are Joris Chotards’ strengths?

Chotard is very good at setting up play. He uses his quick pace to dash ahead of his opponents; all thanks to his natural fitness, absolute perfection in his game. He is not really skillful, but technically gifted. His first touch is one trait which he’s known for, as he rarely loses the ball. In attack; Chotard is blessed with the ability to beat his markers with decisive passes and a bursting pace. While in defense; His tackling and man marking abilities enables him to find the right position to cover and obstruct the opponent’s game. His work rate is also high; most times he is seen leading the attack and also managing the activities of his defense. Chotard as we believe can still improve on his game, but we also know he is moving in the right path.

Except for his lack of flair and long throws, there are no other aspects of the game where he is lacking. The Frenchman possesses all the necessary traits that all defensive midfielders should possess. His only fault in the game is he lacks some of the traits of an attacker which includes; dribbling and finishing. Although he lacks these abilities, it is quite unfair to classify the abilities of a defensive midfielder as an attacker. One positive thing to note from this young prospect is that he is still young and has enough time to improve on his game.

Joris Chotard has appeared in 14(and started nearly all of them) out of the possible 20 matches. At just 18-years-of-age, he is impressing and really putting his mark within the HSC Montpellier line-up. We did not see any action of Joris Chotard last season with the senior team, however, Montpellier played it diligently and waited for this year. By acting like this, they allowed Joris to grow in a more natural way within an environment with less pressure like the U/19 or the B team. However, all of this payed off as Joris Chotard is showing to be a huge star for the ligue 1 side.

HSC Montpellier have been developing quite a few players over the recent years. They have been busy developing talent and giving playing time to their younger generation of players. By allowing the young Joris Chotard to shine at 18-years-of-age shows how good of a platform have HSC Montpellier provided. Joris Chotard has shown some mega potential. He is currently being called up with France U/19 national team and we predict that it won’t be too long until he makes his debut with the U/21’s. He has been instrumental for HSC Montpellier this season; Joris has been a great asset to the team.

He did not change too many clubs as he was always with Montpellier (at a professional level). He has quickly scaled and drifted up through the ranks. This is totally understandable as he is such a joy to watch. Having a very good understanding of the game and really analysing each move diligently with no pressure. He is still very young and it is understandable that he’ll make mistakes; however, he is definitely on the right track. He is playing like a 22-year-old at just 18 years of age whilst playing for the senior and national U/19’s team. How impressive is that!

Joris Chotard did not move too much from one club to another. Having said that, he did rapidly move through the ranks and quickly make it towards the senior team. A very resilient and talented individual for sure.

We definitely believe that Joris Chotard is an 18-year-old mastermind. Joris will definitely make it in the big league. He is moving up the ranks and scaling like mad. He is a mega player. Yes, we do need to give him time and not over hyping him, however, he is definitely one to watch. We can see and trace certain characteristics helps us envision how talents might develop. He carries bags of promise. He’s already ranking a lot of appearances with HSC Montpellier which are impressive to say the least. We are sure that Joris Chotard will make it in the big league.

As discussed, we believe that Joris Chotard  is already impressing. Where does this leave him? Will Joris Chotard stay at HSC Montpellier?

In curtesy of the platform “transfermarkt”, Joris Chotard  is currently evaluated at 0.5 mil as per on this date 10/12/2019 being when I am writing this analysis. We believe that he will go up to 5 million in the next market update. If by the end of 19/20 season he manages to rack up to 18 appearances (but very importantly – he must rack up the minutes), he would go up to 10 million in value.

Average Season (approx. 7 appearances out of approx. 34): Value would be around 3 mil.

Good Season (approx. 20 appearances out of approx. 34): Value would go up to around 8 mil.

Very Good Season (all or nearly all the approx. 34 Matches): Value would go up to around 15 mil.

Our Prediction would be that he shall be having a very good season and he will be playing for LOSC Lille next season.

We believe that Joris Chotard is a benchmark for the young ones. He has already developed a whole lot of the very important traits to becoming a very good player. He is very mature and controls the game as he wants, with all the confidence. Still very young and already making headlines. He will be a talking point next summer as he is a deal for any club; a very good addition to any team.

Joris Chotard is developing at a very fast rate. A mega player. Look out for him. Remember the name. Joris Chotard.

First of all, a micro cycle refers to the structure of a…

Futsal is a simplified version of football that has immensely…