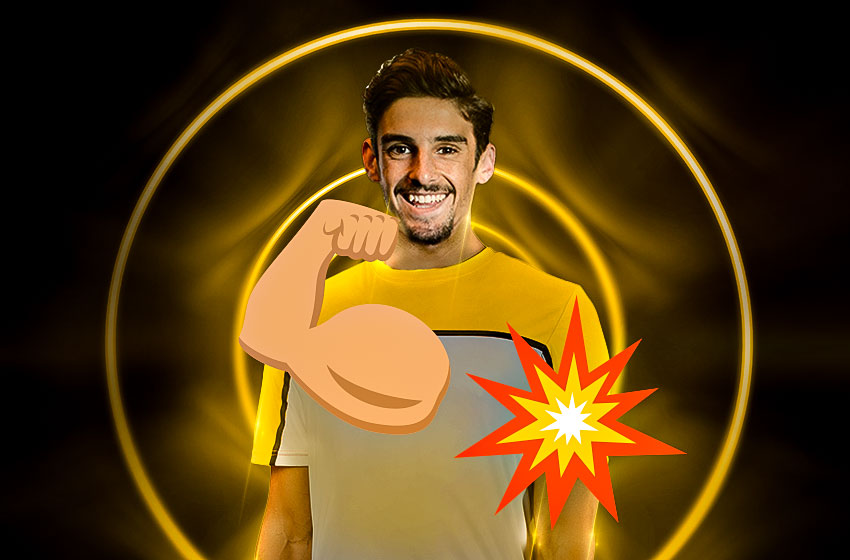 Portugal do have a knack for producing great wingers, don’t they? Ricardo Quaresma, Nani and a certain Cristiano Ronaldo come to mind, needless to say, it is not the easiest of tasks to fill their boots, well today’s subject person might be that good. In this blog post we will be looking at the potential successor of the aforementioned, and no, it’s not João Félix. In fact, he is a much less known prodigy that goes by the name of Francisco Trincão. SC Braga are not the Portuguese powerhouse that they once were, however, they are certainly not strangers to developing young talents. He’s now moved to FC Barcelona.

Born in Viana do Castelo,  Francisco Trincão began his youth career with hometown club SC Vianese. It was at the at the 09/10 season where Porto had taken note of his talents and, as a result acquired his services. However, it was not to be, spending only a season with the Portuguese giants. He moved back to his former team, where he started to put in excellent shifts, and again, catching the eyes of many scouts. At the age of thirteen, the young Portuguese signed for SC Braga.

A loan out to Palmeiras U17 would soon follow, in aid to further his development. Francisco Trincão has since been playing for SC Braga, making a number of first-team appearances, some also coming in European competitions. Francisco has so far lifted the European U19 Championship (17/18), a competition in which he also jointly led the scoring charts with 5 goals to his name.

A winger who is usually found playing on the opposite side of his preferred foot, Francisco Trincão has a great tendency to cut inside form the right wing, a trait mastered by Dutch legend Arjen Robben. By doing so, Francisco regularly finds himself with chances to hit the back of the net, or an opportunity to create them for his team-mates. This is backed-up with him having an average of at least 1 key pass and 1.1 shots per game, this season only.

Away from his attacking prowess the young Portuguese does not offer much in the defending department, having just an average of 0.4 tackles per game. However, this is a common occurrence in many wingers, and should be of no surprise.

Previously described as a tricky winger, it is obvious that his ability to torment defenses is one of his advantages. The reason for such is that the player possesses a high technical ability along with mouthwatering dribbling skills, with more than a successful dribble per game, in a solidly defensive league.

Found in his locker of technical skills, the youngster also has a drop-dead first touch to his game, something useful for every offensive player. His flair also makes him an explosive winger, with the potential to change the game with just one counter-attack. Last but not least, Francisco also has great vision, often switching the play from one side to the other, which makes him the dream winger every coach would love to have.

As previously stated, Francisco Trincão is not as defensively sound as any other player. He currently lacks the ability of tackling, let alone clean tackling. Anticipation and concentration are other skills which currently hold him back from more first-team action. However, these are abilities that usually comes with age, so it is of no worry for the wonderkid who still has time on his side. What is of some concern, is the heading ability, is an area in which he is highly questionable. It mainly comes from a lack of bravery to go into tackles and aerial duels. Surely, both areas are certainly not his strong-points.

Francisco Trincão has been involved in as much as 15 games this season, mostly from the bench. At 20-years-old he is looking to establish himself as a first-team regular for SC Braga this season. He will also be hopeful to impress a number of big clubs. The youngster has previously expressed a desire to play at a higher level in the future.

He will also look to improve on his return of 1 goal and 4 assist. A decent, yet average amount of goal involvements for a player of his ability, playing in a three-pronged attack.

With a total of 69 club appearances,  Francisco Trincão is no newbie by any means. The youngster is rather an unpolished player who has shown immense potential with his 17 goal involvements. He therefore averages a goal or an assist every 4 games or so. He will also be looking to be involved with the next crop of Portuguese youngsters vying for a place in the international squad, especially with the UEFA Euro fast-approaching. Will he make it time, and play alongside one of the greats on the international stage?

A homegrown talent whose move to one of the Portuguese giants left much to be desired. Francisco Trincão definately had a different path to other Portuguese talents. The youngster forced his way up the ladder of a mid-table team. On his way up, he constantly proved that he belongs on the big stage, where he now finds himself.

If Francisco Trincão can improve on a few of his weaknesses, previously mentioned, he could really become a world-beater. Could he though? Under the right guidance and with the right mindset, nothing is impossible for the Portuguese.

A realistic and calculated move would be that of moving to either SL Benfica or FC Porto, a path commonly chosen by youngsters from his native country. There he can naturally progress and develop whilst also gain invaluable experience from playing with great players at a high level, in competitions such as the UEFA Champions League

Assuming that the player is hungry for success, and trophies, he like to join no one other than 13-time UEFA Champions League winners, Real Madrid CF. On the other hand, another possible move would be to join their rivals, Catalonian giants, FC Barcelona.

Moving to a foreign country is always a challenge for players, hence moving to England or Italy could be a risky, yet rewarding move. Manchester City and Juventus are the clubs that come to mind. However, it would be difficult to get the playing that he desperately needs, which makes both clubs unlikely destinations for the Portuguese.

From our point of view, a player at the age of twenty should really be looking for a move to either a top Portuguese team, or a mid-table Spanish team. There he could develop his skills at a more competitive level whilst gaining the experience required to reach the top of the footballing world.

Francisco Trincão will surely be given the opportunities, as he has already shown the potential to become a very great winger. He has, so far, shown all the crucial traits to becoming a player who could perform at a high level. Maybe a player similar to his compatriots mentioned in the introduction. As a result, we could easily see him moving to a big club in the near future, with hype already starting to build. Remember the name!

Football is a very tactical sport. Managers change their tactics…