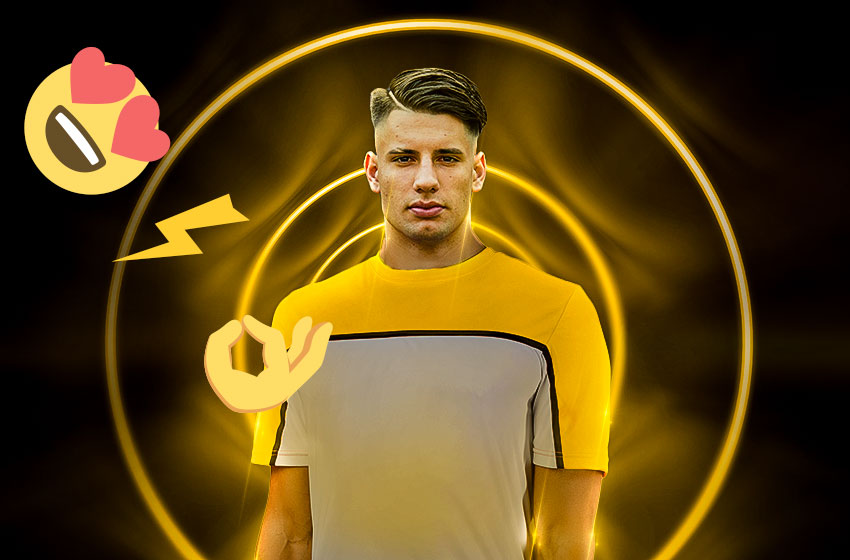 Quite a few players do come to mind when thinking of a young, fast, offensive player at RB Salzburg. Let’s go back to the 12/13 season when a relatively unknown Senegalese winger joined the Austrian outfit, from FC Metz. That player is no one other than Champions League winner Sadio Mane. He is one of a few attacking players to have emerged from RB Salzburg, with others being Erling Haaland and Takumi Minamino, whom both have recently moved to Borussia Dortmund and Liverpool FC respectively. Not a bad bunch, are they? And that is why we are now focusing on, potentially, the player who will soon rise to prominence, and follow in the footsteps of the aforementioned. Dominik Szoboszlai is the name to remember.

Who is Dominik Szoboszlai?

Born at the turn of the century, in central Hungary, few knew who Dominik Szoboszlai would become. The Hungarian was born with football in his blood, with his father, Zsolt, also being a local footballer in his native country. Dominik started his career at age 6, with MOL Fehérvár FC, and spent the next nine years honing his skills at the same club. During the next three years a succession of transfers would occur between MOL Fehérvár FC, MTK Budapest, FC Liefering and eventually RB Salzburg, where he now plies his trade. Until know Dominik Szoboszlai, has so far lifted the Austrian Youth League U18 (16/17), the Austrian Bundesliga (17/18, 18/19), as well as the Austrian Cup (18/19).

Szoboszlai is usually deployed in the center of the field, occasionally on the wide, left side or in the number 10 role. His role is to constantly try and unlock defenses with killer balls and long-range passes. He tends to pass rather than shoot, which is the reason why his goal-scoring record is merely average, at this stage of his career.

Being a central midfielder, at the heart of a team which prefers to press the opponent rather than sit back, one has to have a great work-rate. That is one of Dominik Szoboszlai’s best attributes, constantly running himself to the ground, both on and off the ball. A high work-rate goes hand-in-hand with a trait that is commonly found in up-and-coming players, that trait is determination.

With pin-point passing, Dominik has the ability to find players like no average player could hence creating a number of chances for his team-mates. Last but surely not the least, the Hungarian has lightning-quick feet at his disposal, enabling him to glide through the midfield, as well as creating counter-attacks on his own.

Like any other young prospect, Szoboszlai has a number of attributes where he does need improving, some of which are aggression, heading and anticipation. A lack of quality in those areas do usually lead to a poor defensive output, which is an overall weakness to his game.

Dominik Szoboszlai has, so far been involved in a total of 21 matches this season. At just 19-years-of-age, he has already gained crucial experience, even playing at the highest of levels, that is the Champions League. His output so far has been a balanced one, with 4 goals and 5 assists to his name, he is surely on course to have a strong season with the Austrian outfit.

Having been knocked out at the Group Stage of the Champions League, RB Salzburg are now competing in the Europa League, a competition in which Dominik will surely thrive and showcase his play-making talents. Playing in a relatively young team will also benefit the Hungarian in playing time hence having more of a chance to develop and impress on an international scale. Scoring and assisting will surely be on his agenda hence it would be of no surprise to see his goal involvement, for RB Salzburg, soar until the end of the season.

The eight-time capped Hungarian has already made an impressive 90 appearances at club level. His G/A return total of 54 means that he has been involved in a goal every 1.6 matches in which he has played. Impressively, he has already played for his national team, with a handful of appearances coming at the UEFA Euro Qualifying Stage. The faith shown in him by the national team staff further proves that Dominik Szoboszlai is a player to look out for in the coming years.

A steady, yet quick, way to the top shows that the Hungarian international has worked his way up through the ranks while also excelling at every level. This shows just how carefully his talent has been nurtured by RB Salzburg, whom eventually decided to give the promising player a shot at first-team football.

As with many RB Salzburg players, the natural move is that to RB Leipzig. It is more of a promotion rather than a move. In this case Szoboszlai will continue his steady progression in a more competitive league, the Bundesliga.

A great move that would definitely suite this type of player would be of that to a team competing for the Bundesliga, specifically Borussia Dortmund or, even better, FC Bayern München. With players like Thomas Muller, Ivan Perisic, Axel Witsel and Marco Reus seemingly approaching the twilight of their stint with their respective team, the Hungarian would be a perfect replacement.

A risky move that could prove very fruitful would be moving to the English Premier League. Teams like Arsenal, Chelsea and Manchester United are in desperate need for creativity in the middle of the park, and Dominik Szoboszlai could provide just that.

Our suggestion would be for him to follow in the footsteps of his former team-mate Erling Haaland, which is moving to Borussia Dortmund. Not only is the club a great platform for his talent, but it is a team brimming with young prospects, a team with a bright future hence a team with the potential to compete for the biggest prizes, as they have done in previous years.

Dominik Szoboszlai is surely a star of the future, no question about that. He is taking every opportunity coming in his way, and making the most out of it. His determination will surely help in realising his potential. Considering that he is still 19-years-of-age, the world is at his feet, literally. The potential of this player, if fulfilled, could see him hitting heights no Hungarian player has reached before. Stay tuned!

To be a professional footballer, you have to be an…

Soccer is undoubtedly the most played and followed sport in the…