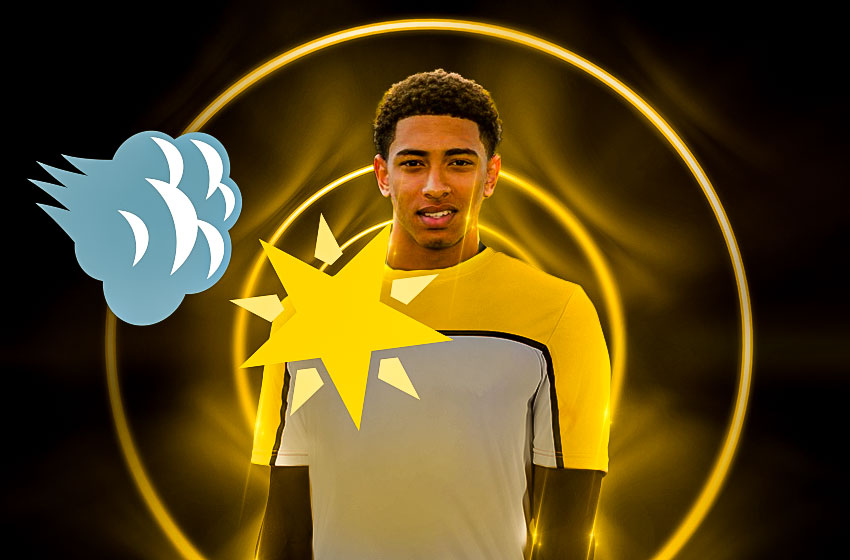 A promising English midfielder? Many of the sort have failed to live up to the high expectations set by players like Frank Lampard and Steven Gerrard. Those sorts of players do not come up very often, especially in today’s unforgiving football world, where the chances to prove yourself are harder to come by. However, Birmingham might have just stumbled upon a British gem that goes by the name of Jude Bellingham.

Who is Jude Bellingham?

Bellingham was born in the West Midlands of England, specifically Stourbridge. Being the son of Mark Bellingham, a former non-league prolific goal scorer, football was a big part of Jude’s life from an early age. At age 6, Bellingham joined Birmingham U8’s. The young starlet quickly found himself playing for Birmingham U23 at the tender age of 15. This leap through Birmingham’s Youth Academy only showed how far superior he was, when compared to other players in his age group.

However, his progress did not stop there! Earlier this season he was called up to the Birmingham City squad! There he made his debut, specifically when he was 16 years and 38 days old. As a result, he has become the youngest ever player to feature for the club. With that landmark, he had beaten the record of the legendary Trevor Francis. Not bad company to be amongst, isn’t he? Further to the aforementioned, the Englishman has also made 3 appearances for England U17, as at the time of writing.

Jude Bellingham has frequently been used in advanced midfield due to his tendency to get forward, deep in the opponent’s half, whenever possible. It seems that the player is more comfortable playing through the middle rather than on the flanks. Although he has had games where he was deployed on either side of the pitch, cutting from the inside. Standing at 1.80 meters, Jude Belligham has a relatively small structure. This results in him being a very tricky midfielder to come up against. His nimble movements also often attract fouls in dangerous areas of the pitch.

When it comes to the defensive part of his game, he is actually a great contributor for his team, with around 2 successful tackles per game, as well as an average of 1.1 clearances.

At the age of just 16 Jude Bellingham has already developed major strengths in his game. Pace and acceleration are two of which he excels at. The youngster has pace to burn, which is something you would want in your versatile midfielder, especially in the English leagues, where the games is becoming ever-faster. In order to succeed at highest of levels, one cannot simply rely on his natural talent, and in Jude’s case he certainly doesn’t, with determination being a crucial strength of his.

Jude Bellingham excels at putting the ball in the back of the net, having a decent right foot in his locker. What more could he have? You ask. Well apart from finishing, the Englishman also possesses great dribbling prowess, something which he has displayed at every position he played, with an average of 1.1 dribbles per game.

One major flaw that the youngster has to improve on is the crossing, he has not mastered this skill which is why his coach rarely preferred to use him in the wide areas. In fact, he only made 5 appearances in such positions. Aggression and the first touch are not his cup of tea, with the player seemingly uncomfortable when holding the ball. It is something a center midfielder should be doing.

With a lack of aggression, the Bellingham also struggles in the heading department, losing a number of aerial duels along the season. You’d also expect a flair to his game, especially when knowing that he is both fast and good at dribbling, however it is a questionable trait in his game, and something which the player should focus on.

Jude Bellingham was involved in 22 games this season, most of them came in the second-tier of English football. A lot of faith has been put in the youngster which is a sign of goods thing which are yet to come. He has mostly been used in through the centre of the park, specifically, in 77% of his game time this season.

Having had a number of decent performances, the youngster is surely going to be involved in Birmingham City’s fight against relegation . This experience could be very pivotal at the early stages in his career, having both responsibility and pressure to perform at a high level.

This season being his first in Professional Football, Jude Bellingham is still considered to be a rookie amongst veterans. However early signs have shown that the player is set for stardom, with him already having had 22 outings for his local club, only missing to make the squad on four occasions. The youngster was also capped 3 times for the England U17, in which he scored on two occasions.

With regards to his journey so far, Jude Bellingham has only played for one club as of yet. He made his way through their ranks and achieved first team football at a relatively quick pace.

If Bellingham continues his progression, he will naturally attract a number of big clubs, especially those in England. However, it is very critical that he does make moves, if any, with caution. The reason being that a wrong transfer could be the doom of his promising career.

A move which could further enhance his development, would be of that to a team fighting for promotion to the English Premier League. This is a move which he could handle because he would be staying in the same league. Namely, Leeds United are very suitable to his style of play.

The English Premier League seems to be the go-to destination for any player nowadays, let alone an English player. Every youngster’s dream would be to play in the Champions League, hence a dream move would be to a top English club. Chelsea, Liverpool and Tottenham all seem like far-fetched moves. Yet we could see a player of Jude’s potential attracting these big clubs, all of whom have a tendency to produce world-class players.

A less risky, yet more favorable move be that of going to a well-established mid-table English team. West Ham United come to mind when mentioned such criteria, however, it could well possibly be any other club. A transfer to any of these clubs could aid his development in establishing a first-team role at the English Premier League level.

All the above could end up in great and fruitful moves but taking the safe path would be the best thing to do for 16-year-old Jude Bellingham. What is that path you ask? Well that is he stays at the same club where he developed until now, where first-team football is guaranteed.

If Jude Bellingham does continue to develop at this rate, we could soon see him making the headlines for all the right reasons. He could well be one of England’s next, up-and-coming prodigies, alongside players like Jadon Sancho, Phil Foden, and so on. Should he do so, we will be witnessing a generational talent, a player set to reach the pinnacle of football. The question is does he have what it takes? We well and truly believe he does.

Football is a very tactical sport. Managers change their tactics…

Even though futsal is an evolved form of football, you…