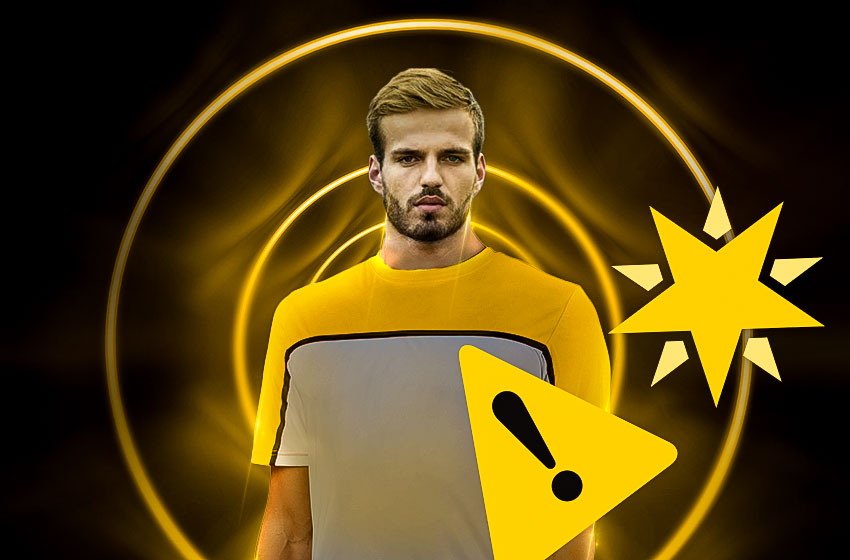 When mentioning RB Salzburg, its not only a powerhouse in Austrian football. The club is also known for it eye for talent. Being recent UEFA Youth League Champions, in 2016/17, the club does believe in developing young players. One of them being the highly-rated, versatile centre-back, Marin Pongracic.

Contents hide
1. Player Profile | Marin Pongracic
2. Who is Marin Pongracic?
3. What is his style of play?
4. What are his strengths?
5. What are his weaknesses?
6. Stats Analysis:
7. Potential – Our View + Transfer Forecast/Future Moves
8. Our View (Summary)
9. Here are Some of our Favourite Football (Soccer) Cleats

Born in Landshut, Germany, Marin Pongracic was exposed to football from an early age, owing to his football-crazy, Croatian father. Several years would pass before the potential of, then, 15-year-old Marin was spotted by non-other than German giants, FC Bayern München, where he mainly played for the U16s. The following season he moved to FC Ingolstadt 04 on a free transfer, in search for more minutes. However, after a frustrating two-year period, playing for both the U17s and U19s of the same Ingolstadt, Pongracic moved to TSV 1860 München II.

After a total of 17 appearances with the club, he had proved himself worthy for a place in the first team, and was promoted immediately that same season. Marin Pongracic played 7 times for TSV 1860 Munich, who were later relegated that season. Nevertheless, his displays did not go unnoticed, having attracted interest from a number of clubs, mainly RB Salzburg, whom he later joined for the 17/18 season. At the time of writing Marin Pongracic has so far lifted three trophies with the club, the Austrian Bundesliga (17/18, 18/19), as well as the Austrian Cup (18/19).

At 1.89 metres tall, there is no doubt that the Croatian stalwart embraces aerial duels against any type of player. Already notorious for his reckless style of defending, he seems that he enjoys going into tackles, as much as a striker enjoys scoring. That being said he is not the paciest of defenders, however he makes up for it with his long legs, which permits him to easily intercept passes, as well as winning a one-on-one battle.

Away from the defending part of his game, Pongracic does not shy away from taking on an opponent, eventually enabling his team to counter-attack their opponents. Being an excellent passer of the ball, he also gives his team the opportunity to build-up play from the back, ensuring safe distribution of the ball. This being said he is mostly effective in a 4-man or 5-man defensive line, as any ball-playing defender would be.

Described as a ball-playing defender, it is obvious that his ability to pass is superior than that of the common centre-back. This is backed-up with a completed pass rate of more than 85%, along with an average of 0.3 key passes per game in the 18/19 season alone.

As previously mentioned, his physicality is surely one of his greatest advantages, more specifically, his strength and his jumping reach. Both characteristics go hand-in-hand, giving the defender the ability to bully other players off the ball relatively easily. Bravery in a player is becoming more of a rarity in football players nowadays hence it is something very nice to see in a young player such as Pongracic, being that it also compliments his style of play.

Marin Pongracic also boasts a high-work rate, an attitude which very much suites a high-pressing team which does not allow much decision-time for the opponent in possession. Apart from it being very useful during a game, a high-work rate also increases the chances of a player reaching the peak of his powers.

Arguably the worst weakness a defender could have is that of a lack of concentration, something which the Croatian is notably susceptible of. This also affects his off-the-ball awareness, which results in him being caught out of position, forcing him to go into unnecessary challenges.

Crossing and vision are unquestionably two areas of his ball-playing abilities where he does not thrive as much, which is most probably the reason why he does not play in wide, and advanced positions on the pitch.

Another, not-so-worrying, weakness may be his leadership on and off the pitch. This trait might be something that improves as seasons go by, and experience is gathered, which is why we will not give it much importance.

Marin Pongracic was involved in 7 matches this season. At 22-years-of-age, he has already gained crucial experience, even playing at the highest of levels, that is the Champions League. In the few chances that he has been given this season, Pongracic has provided RB Salzburg with solid performances at the back.

Having been knocked out at the Group Stage of the Champions League, RB Salzburg are now competing in the Europa League, a competition in which Marin will want to play in, and showcase his ability at the back. Playing in a relatively young team will also benefit the Croatian in playing time. Hence he should have more of a chance to develop and impress on an international scale. Regaining fitness will be the main and crucial target for him, as well as for RB Salzburg.

With a total of 118 club appearances, Pongracic is no rookie by any means. He is rather an experienced player who has shown immense discipline. He also proved that he belongs at the very top, with moments of brilliance at the back, stalled by injuries. With both, first-choice compatriot centre-backs, Dejan Lovren and Domagoj Vida, hitting their thirties, it would not be of no surprise if Pongracic adds to his 3 caps in the near future.

A frustrating way to the top, shadowed by frequent injuries. It shows that the Croatian international has a lot of heart and determination to succeed at any cost. A player forged in the world-famous FC Bayern München Academy, who is now a regular for the current Austrian champions. Sounds like a player moulded for future success!

If Marin Pongracic can overcome the string of injuries which he has endured in the early stages of his professional career, he can attract many interests from a number of clubs looking for a centre-back to suite a possession-based style of play.

A move which would enhance his chances of developing into a world-class player would be to top-half Bundesliga team. Notable teams are title-challengers Borussia Dortmund, RB Leipzig, FC Schalke 04 and Bayer 04 Leverkusen. All the aforementioned clubs could give the Croatian crucial experience in a top-five league.

Playing in the Bundesliga is already a dream for any player, let alone playing for the biggest club participating in it, FC Bayern München. It is almost a perfect move for the Croatian defender. Why? Well, he previously played for the youth academy of the same club.

A big club currently struggling in all areas of the game, shipping goals against any sort of opponent. It sounds like an ideal place for the talent of Pongracic to be utilised, it sounds like Real Madrid C.F. At first, it may look like an uncalculated and silly move. However Real Madrid are currently in desperate need of first-team centre-backs. With Sergio Ramos turning thirty-four this year, and Varane struggling for fitness.

From our point of view, a player at the age of twenty-two who is still coming back from a serious muscle injury, should stay put for the time being. Marin Pongracic will firstly need a good run of games before thinking of a move to a bigger club. If he does have a great season and stays injury-free, we would like to see him move to Borussia Dortmund. There he would be in competition for a first-team role.

If Marin Pongracic is given the opportunities, he has the potential to become a world-class defender for years to come. He has, so far, shown all the crucial traits to becoming a high-level player, a player similar to Bonucci. As a result, we could easily see him moving for big money, depending on his development moving forward. A factor which might further improve his chances of moving to big clubs is appearances for the Croatian National Team.

When & How did Football Start in Brazil?  At the…

You may have seen images of Cristiano Ronaldo powering a…