Playing football can be quite stressful for the player’s body. This sport is highly intensive as it often wears players out and they may find it difficult to train well or compete in football matches. One of the most common symptoms of physical consumption is muscle cramps.

Contents hide
1. What are Cramps?
2. Common Causes of Muscle Cramps
3. Become an Insider.
4. more causes:
5. Why do Footballers Suffer from Cramps in Extra Time?
6. Resting is Key
7. Tempo & Rhythm of Modern-day Football
8. Practices to Increase Endurance & Stop Suffering from Cramps in Extra Time
9. How to Become More Resistant & Endure Playing Extra Time
10. Conclusion
11. Here are Some of our Favourite Football (Soccer) Cleats

As matter of fact, footballers suffer from cramps quite often. But what is the reason behind this phenomenon and how do cramps occur? That’s the topic for the day, we will be walking you through the reasons behind the muscle cramps and also provide information regarding the recovery and prevention. Let’s get started!

Cramps are basic muscle contractions and these can be very painful. In order for a nerve, or a group of nerves, to contract, they must be activated. Irritations that activate that nerve lead to unwanted contractions. In convulsions, there is an imbalance between activators and inhibitors and the contractions continue until a convulsion occurs.

A cramp can last from a few seconds to even a few minutes. They can occur in the legs and arms but over 90 percent of cramps occur in the muscles of the leg. Cramps most often occur when the muscles are extremely tired.

Another common cause of muscle cramps is dehydration. Sometimes, this pain is described by many as ‘unbearable’. It usually happens suddenly and following situations when the muscles have been exposed to a large overload.

It can happen during strenuous matches or tough training sessions. Muscle cramps most often occur suddenly at night and cause the muscles of the lower leg, thigh or foot to tighten and this can be very uncomfortable.

After the spasm, the muscle is harder than usual and you can feel a lump of muscle tissue under the skin. In most cases, muscle cramps are harmless and do not represent a large problem, but the necessary precautions should be taken. Their frequent occurrence can disrupt the functionality of the muscles and extremities.

Apart from exertion and dehydration, cramps can occur due to a lack of minerals and vitamins in the body, due to diseases of the spine and brain, and due to the consumption of certain drugs. Additionally, one may suffer from cramps as a result of fluid and electrolyte disturbances, as a result of a lack of magnesium, potassium or sodium.

They also occur due to dehydration and as a result of excessive sweating, diarrhea, or the use of medications. Muscle disease myopathy, neuropathy, or motor neuron disease may also cause cramps. Footballers suffer from cramps as a part of their regular training and when playing competitive matches.

Why do Footballers Suffer from Cramps in Extra Time?

Today’s football requires 90 minutes of the exceptional pace of play. During the regular course of the match, there is a huge effort on the part of all football players. Often towards the end of the game, we see a scene where a player is lying on the grass and holding one leg raised in the air while one of his teammates is holding his foot. The most common reason is lack of fitness and high wear and tear during the game.

This scene is often seen in extra time because the body of a football player is generally not used to the 120 minutes of continuous effort during a match. Cramps are a very common occurrence during the summer period and the qualifiers for the group stage of one of the European competitions.

The teams are still in the preparation phase and the players end up on the grass due to cramps as a result of high effort and lack of physical fitness. Age is not such an important factor when it comes to cramps. You can very easily see a young player complaining about them because their appearance is influenced by many factors. Footballers suffer from cramps at all ages.

Cramps can occur several hours after extreme exertion. It is very important for every football player to have a good rest after training or a game. During rest, the muscles are released and the body regenerates so it can be put back into the function to respond to the next effort.

After the game, while resting, a football player should practice putting his feet in a hanging position to improve circulation.

The group of muscles affected should be gently stretched. During a hard game and training, there is a huge consumption that reduces the minerals in the body. Therefore, it is very important to drink fluids after strenuous activity, so it compensates for the lost electrolytes in the body. As an example, consuming a banana is very useful after a game.

Even the most willing players have problems with cramps in extra time. The fast pace and strong intensity of modern football lead even the most physically fit players to complain of cramps. In overtime, players have no right to make a mistake because there is less time for redemption. Therefore, there is a huge pressure, increased consumption, heat and dehydration that all lead to cramps.

Regardless of all preventions, it is possible that a player gets muscle cramps during extra time suffer more pain. It is important the after suffering from muscle cramps, the football player stretches well and makes up for the lost minerals through sports drinks.

Footballers who play in the English Premier League are considered the most physically prepared. They run almost a third of the marathon during the match. Their game requires a change of rhythm, running long distances, sprinting, and jumping.

Even such impeccably physically prepared players have a problem with playing for 120 minutes. The human body during the 90 minutes of a football match reaches the peak of human abilities. After 90 minutes, it is very common that footballers to suffer from cramps.

The most effective method to prevent footballers from suffering from cramps are stretching exercises. When the affected muscle is well stretched, the frequency of cramps decreases. In this way, the current situation is eased.

When it comes to leg cramps, the legs should be stretched in a sitting position. Stretching exercises are recommended three times a day as well as a massage that leads to relaxation of the tense muscle. This will make you more endurable and prolong the time your muscles can be in contraction, so you can play more than 90 minutes.

Another method of stopping cramps is showering. When showering, changes in water temperature lead to increased circulation, which can lead to the prevention of cramps. This will help you if done before the game.

Intake of magnesium in the body is one of the most important prevention of muscle cramps. Magnesium activates more than 300 enzymes and improves the flow of metabolism and energy in the body. It helps to neutralize the negative impact on the outside of the cell membrane and allows the endurance threshold of the muscle fibre to increase.

The intake of magnesium acts on the cause of pain and thus allows muscle relaxation. It plays a huge role in the functioning of the cardiovascular, nervous and muscular systems. Magnesium is found in:

Muscle cramps can be caused by a lack of potassium, so foods containing this mineral are recommended for football players and athletes. Peppermint essential oil should also be used in the treatment of muscle cramps.

Proper hydration should always be a healthy habit of every football player as it can reduce footballers suffer from cramp. The advice for every athlete is to drink half of their body weight in a day. This means that a football player who weighs 80 kg should consume 40 ounces of water a day.

Depleting a body’s stores of minerals, especially calcium, magnesium and potassium, can lead to muscle cramps. Ensuring a diet which is rich in those minerals is easy insurance against having to leave a game due to cramps.

Supplements, such as multi-vitamin and mineral supplements, can be a viable addition to getting enough minerals in a diet. Some sports drinks also contain potassium and magnesium. Be careful, though, as many energy drinks contain significant amounts of sugar and artificial sweeteners.

Footballers and their coaches must do what they can to become more resistant to the physical consumption of their muscles’ strength and the occurrence of cramps. The appropriate method for achieving this is a carefully designed mix of training exercises and an adequate nutrition plan.

Only this way, footballers can reduce the chance of suffering from cramps. A thoroughly designed meal plan can help footballers satisfy their body’s need for vitamins and minerals, which will make their bodies more resistant to physical challenges.

In addition, training schedules and sessions must be planned in a way to include exercises that build up muscle strength. This makes them capable of handling larger amounts of load in their muscles and speeds up the recovery afterward.

Footballers suffer from cramps as a result of wrong balances in their training and diet plan. Because of this, their muscles and body are less resistant to high-intensity activities in training and matches, which creates a problem in the long run.

With appropriate training and dieting, footballers can achieve a high-quality balance of their bodies and improve their physical capabilities. This will make them more endurable and capable to continue playing well even in extra time.

If done in the right manner, this regime will allow them to increase their stamina and strength in their muscles, so they can play for 120 minutes without a serious problem and without suffering from cramps. 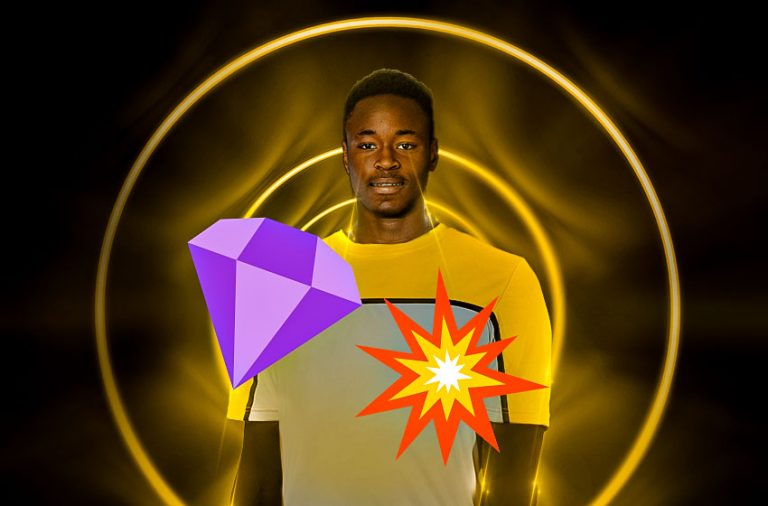 With all the latest training methods and supervised nutrition, modern…