The defensive dominance of this formation was also proven by Brazil as they only conceded four goals throughout the competition.

The 5-3-2 is quite a rare formation, however, when used correctly it can dominate the opposition in attack as well as defence.

Due to this layout the 5-3-2 is clearly a very defensive formation. The five at the back provide most of the defensive cover. However, if the defence are in need of extra support, the three in midfield can drop back and reinforce the defence.

The 5-3-2 is quite weak in attack as this formation only has two strikers and no wingers or wide midfielders. This means that the wing backs have to provide an attacking threat as well as playing an active part in defence.

The 5-3-2 is generally used by teams who are looking to grab a goal and then drop back and defend the lead. However, as proven by Brazil, the 5-3-2 can be quite an attacking formation at times. When attacking, the 5-3-2 becomes a 3-5-2 formation which offers a lot more attacking potential.

Now that you understand the basic layout of the 5-3-2 formation, I can answer the question “is 532 a good formation?”

The 5-3-2 is a very good formation if you are looking for defensive supremacy. With five at the back and three midfielders who can cover the defence if needed, the 5-3-2 is able to hold off all manner of attacks from the opposition.

In terms of defending against the counterattack, the 5-3-2 is once again very strong. This is just due to the sheer number of players that will still be behind the ball. Even if the wing backs are out of position, one of the central midfielders can drop back into the defence to form a four at the back.

The 5-3-2 is also able to dominate in the midfield as there are three midfielders there who can pass in triangles around the other team. If needed, one of the central defenders can push up slightly into the midfield to offer more support and passing options there.

On the topic of passing options, the 5-3-2 offers a lot of these. Due to the layout of the formation, the defence, midfield, and attackers can all form triangles with relatively little movement.

Due to the high number of passing options, the 5-3-2 is also very good at retaining possession. The defence and midfield can easily pass the ball around and keep possession for a long time.

Although the 5-3-2 has many positives, it is not without flaws. For example, the 5-3-2 is very lacking in width as it only has one set of wide players. This means that the wing backs have to be extremely fit to be able to fulfil their attacking as well as defensive duties.

The 5-3-2 is also quite weak in attack as it only has two dedicated attackers. These two strikers can also be left slightly stranded as the midfield does not offer too much support.

This means that at least one of the strikers has to be very good at hold up play so that he can wait for support in the form of the wing backs or midfield.

It is also crucial that you have very high quality central midfielders as they will often be the ones recovering possession and launching an attack.

The 5-3-2 can also leave you quite vulnerable on the wings as if the wing backs push up, a lot of space is left in behind on the wings.

Only one club used the 5-3-2 fairly regularly in the 2019-20 season. This club was Newcastle who finished 13th in the Premier League.

The 3-5-2 formation is favoured over the 5-3-2 because it offers slightly more attacking threat than the 5-3-2 formation.

In conclusion, the 5-3-2 is a good formation if you are aiming to play a very defensive game. However, if used correctly, it can turn into quite a formidable formation in attack as well as defence.

It is very strong on the counterattack as the wing backs can sprint forward and play the ball into one of the two strikers.

Here are Some of our Favourite Football/Soccer Cleats 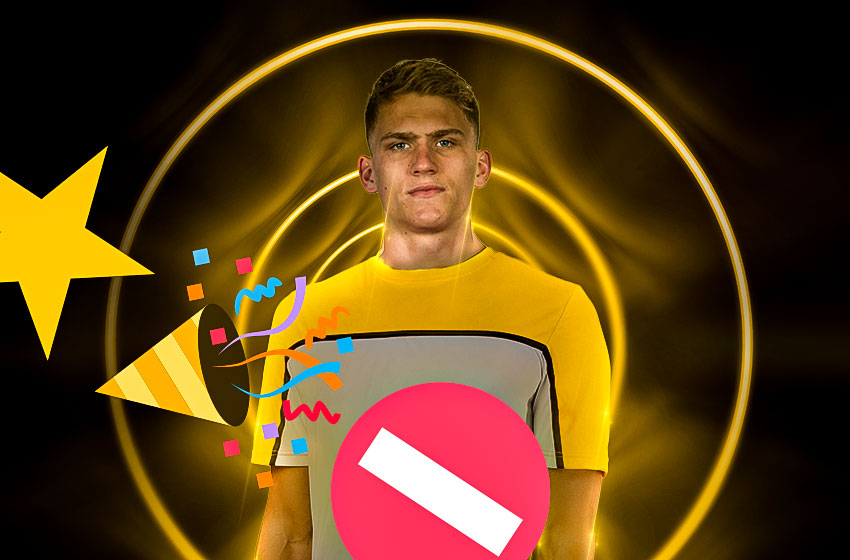 Sven Botman is a product of the Ajax team. If you’re conversant with the game of football, you must have…

You cannot play football without (you guessed it) a football. A decent quality ball guarantees a fair ground…