If you take a closer look at football and try to understand the dynamics and logic behind it, you will realise that football is a very discipline-based game. Everything in this beautiful sport works in harmony, rhythm, and discipline. There are specific roles for specific players, and the thing which makes it even more amazing is that all these specific roles complement each other. Today we will examine the 9-A-Side positions and how they support each other in different formations and games.

The chemistry of players and the cluster of positions make up football, that we watch so passionately. Quite interesting, right?  Before we get to talk deeply about positions, we will discuss some fundamental aspects which provide the base for the classifications of positions in football. Didn’t get that? Read along, you will understand. It’s pretty simple.

It becomes easier and more convenient to understand a concept when you become familiar with the very foundation of it. And in this section, we are going to introduce you to the basics of football positions.

Every player in football, have some natural talent and tendency towards a particular portion of the game, some are better at attack and finishing while others are good playmakers and similarly some players have excellent defensive qualities. That keeping in mind, there are three foundations of soccer positions or we say, a potential player can only belong to one of these 3 aspects of the game:

Clear? Shall we move on? Great! Now, since you’re aware of the foundation, if you’re not? Then read the three points above again because all the positions we will talk about in a few moments will always fall to one of the three areas mentioned above.

Defenders are there to nullify the chance of opposition’s goals and they play behind the midfielders. Since the role of the goalkeeper is crystal clear to almost everybody, we will move on to defining the possible defensive positions in a very concise manner.

As it is obvious from the name, the Centre-backs play at the central area of the defence and their core job is to avoid the penetration from the opposition attack. Centre-backs are important for basic defensive strength and they’re kind of necessary in every formation, especially in the 9-A-Side format. Usually, there are two Centre-backs in common formations, they play close to the goal-keeper and in some tactical ideas, they also contribute massively in the attacking build-up.

Most of the time, the Centre-backs are strong, tall, and have excellent aerial abilities, they’re very use-full for defending the corners and also take part in the set-pieces of their team. In 9-A-Side, formations like 2-3-2-1 or 2-4-2 show the defensive importance of the Centre-backs. An indispensable aspect of defence.

The second position and also an important position in defence is the full-back. There are two full-backs, often referred to as the right-backs and left-backs. They’re present at either side of the Centre-backs. The role of full-backs is a very crucial one, they’re the ones responsible for the flanks. Full-backs mark the wingers of the opposing team so the opposition can’t exploit the width of the pitch.

Simple it is. But there’s a little concept more to it. Today, in football, the full-backs are called left and right backs respectively but they often work as Wing-backs as they provide support on the flanks in the attacking build-up too. That makes them more offensive and they don’t stick to deep areas of the pitch only. In 9-A-Side, wing-backs, or shall we say full-backs, can be very useful if you choose the formations like 3-4-1 or 4-3-1 as they will provide a lot of width and simultaneously, they will also be useful in the defense. For this purpose, formations like 2-1-3-1-1 can also be used where the wide midfielder can also act as the wing-backs.

Midfield is certainly the most versatile area of the formation; they are supposed to support both attack and defense. They act as the bridge between the attackers and defenders. Also, midfielders help to break the rhythm of the opposing team.

Here are the types of midfielders:

As it’s obvious from the name, Defensive midfielders are defense-oriented. As they help the defense while other members of midfield stay high on the pitch. DMs occupy a very pivotal role in the team as they influence the tempo of the game. A DM should be a great distributor of ball with a complete positional sense of his/her teammates. For example, in 2-3-2-1 formation, the defensive midfielder plays a very important role and sits at the front of the two Centre-backs to provide more defensive depth.

Usually, they are the gifted players with supreme talent as they play between the attack and the midfield, the most creative areas of a formation. In 2-3-3, the central midfielder can act as an attacking midfielder by playing more offensively. You can also get the example for your number 10 from the formations like 3-3-2, where the attacking midfielder help the two attackers and feed them with great goal scoring opportunities

You read the name? You would have an idea about the Wide midfielders’ role by only reading the, let’s put some light to it. Wide midfielders are there to provide width, they are more attack-oriented. They should be fast and should have the talent to break through the opposition’s defensive lines. In modern football, wide midfielders are also called the wingers as they contribute to the attack from the flanks. Yeah, simple as that.

Now we’re going to talk about the true playmakers in your team, the ones who start the attacking initiatives and distribute the ball towards the attack, as they link the defence with the attack. That’s the core responsibility of the midfielders to provide fluid ball distribution and movements between the different areas of the pitch, and this core responsibility massively depends on the central midfielders. For a practical example, you can study the formations 3-2-3 or 2-4-2, where central midfielders play the most important role.

Now we’re talking, the attackers or most offensive players of the team have very simple tasks and duties to perform; to attack, and to score the goal. It’s easy to say, but it’s difficult to do so. There are certain types of attackers, we will discuss them below so you can understand how attackers can perform their attacking duties more effectively and productively:

Ah, here we go again! As much as we hate to go, but we have to conclude. These were some general 9-A-Side position and their complementary formations. We hope that you’ve learned something new about the beautiful game today, if yes, then there’s nothing better than that. If we have missed anything that you want to add, hit us in the comment sections. Discussion is healthy, isn’t they?

See you with the next blog, keep reading, keep supporting! 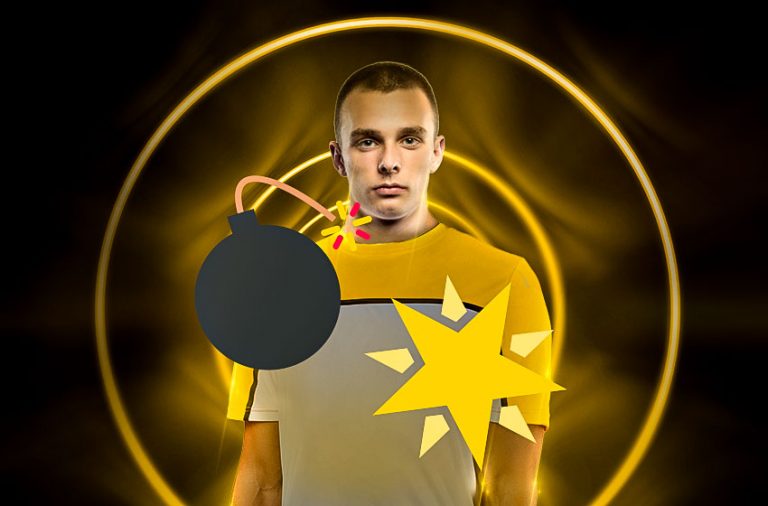