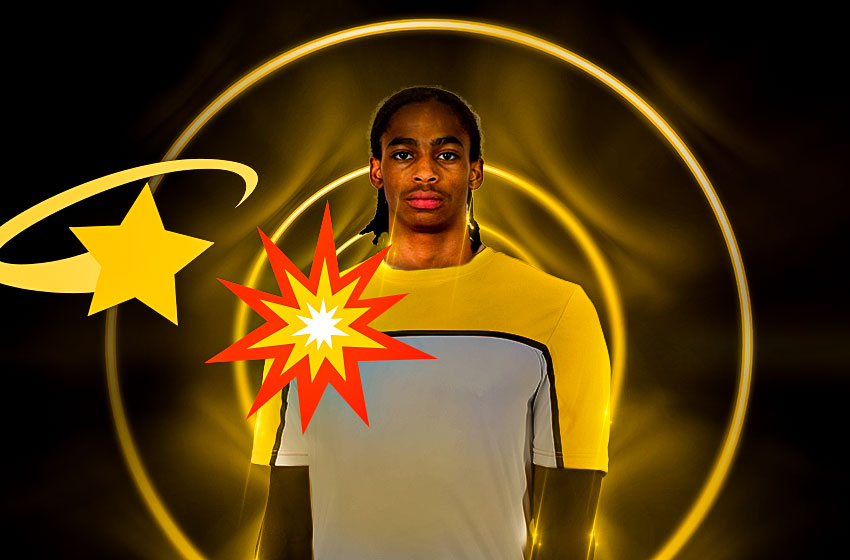 ADO Den haag are not very popular when it comes to producing young prospects, unlike Ajax and Southampton. However, they are known to occasionally produce some good players over the years. This is one outstanding season where ADO Den haag can boast of a very talented young player. Crysencio Summerville is by far their best prospect and he is just 18 years old.

Who is Crysencio  Summerville?

Summerville, who celebrated his birthday in October, started his career at Noorderkwartier, but soon ended up in Feyenoord’s youth training. In the second half of the previous season, the Rotterdam club lent the outside player to FC Dordrecht, where Summerville made five goals in eighteen performances in the Kitchen Champion Division. The newest acquisition of ADO Den Haag came to several national youth teams and became European champion with Orange under-17 in 2018.

Manager of Soccer Affairs, Jeffrey finds Summerville a more than interesting talent and is therefore pleased that the wingers have chosen ADO Den Haag.

What is Crysencio Summervilles’ style of play?

Crysencio is a fast-paced player. He is very quick, whilst having a clear vision on the game. Summerville is a talented right winger, not too big, but incredibly agile and smart with the ball. He has the advantage to make him shine with his tactical abilities and quick feet. We’ve been following Crysencio for a while and are convinced that despite his young age he can be of good value to his team.

What are Crysencio  Summervilles’ strengths?

Despite his body size, he is always determined to get the ball. He does not avoid duels and he is always in motion. His dribbling ability makes him a hard-to-defend-attacker, which scares his opposition defenders.

As stated, his pace plays a big role, whilst having the pure pace and balance to endure the full 90 minutes of the game. Summerville is quite dominant in his field of play. Even-though, he is very brave and blessed with a wonderful first touch; his ability to get the ball makes him a fierce and reliable right winger. Coupled with his aggression, playmaking and good decision making; these entire combined makes Crysencio Summerville one of our all-time favorite prospects.

What are Crysencio  Summervilles’ weaknesses?

Most right wingers do not possess the ability to defend and thus cannot help their team in this aspect. Summerville tends to struggle in some areas of the game, most of which are possessed by defenders and central midfielders. It is quite unfair to expect a winger to possess the features of a defender which includes: man-marking, tackling and heading. What he lacks naturally is the ability to lead his team to victory. His leadership prowess is not up to par, and as a team player, he has to step up to motivate his teammates in time of need. Even though he lacks these abilities, we have to look to the bright side, which is his age. With time as an 18-year-old player, he will get time to master the game and improve on the areas which he needs to excel.

Crysencio Summerville has been of very good value for ADO Den Haag whilst playing a whole lot of the games which he was eligible for. He made it just in time at the beginning of this season, where he was loaned out from Feyenoord on match day 5. At just 17-years-of-age, he made his Eredivisie and Netherlands U19 debut, showing how good Crysencio really is. His sheer skill and pure ability is something that really shines that puts Summerville on a different level.

Feyenoord Rotterdam have found and developed several talents over the years, and Crysencio Summerville is definitely one of them. One of their club philosophies is developing talent and giving playing time to their younger generation of players. If they cannot provide exposure with the main club, they usually provide a solid platform such as ADO Den Haag; which is perfect for Crysencio Summerville.

Even though ADO Den Haag are struggling a little bit this season, Crysencio still shines through and gives impressive performances. One after the other. He is definitely doing very good, just keep in mind that this is his first Eredivisie season – starting 11 out of his possible 13 matches. Crysencio Summerville is one to keep an eye for, he is developing at a very fast rate.

Considering how young is Crysencio Summerville, he has already had quite a career. He already played one full season in Netherlands 2nd Division with FC Dordrecht (18/19). Featuring with Netherlands U16,17,18,19 respectively and this season he is playing with ADO Den Haag in the Eredivisie. That’s mind boggling considering that Crysencio has just turned 18 this year! With these stats, it is quite easy to assume why we rate Summerville so highly. He might not be as tall, but he is absolutely skilful and very technical.  Yes, he is still developing, however, things look really good for Crysencio Summerville.

Crysencio Summerville moved to Feyenoord youth team when he was very young. He was then loaned out at 16-years-of-age to a 2nd Division side where he impressed a whole lot. We will go over his transfer stats of Crysencio:

As you can see, he is clearly developing at a very fast rate. Changing clubs and chasing leads. He is hungry and very talented. Crysencio Summerville is one for the future.

As you might have noticed, we have a soft spot for Crysencio. Yes, Crysencio Summerville on the right track. Yes, it might be a little bit pre-mature to judge, but Crysencio Summerville breaths bags of potential. Having made all this progress within such a small-time frame is utterly impressive. We love his story. We love how hungry Crysencio really is. He is still very young and we cannot imagine how hard and compelling this might be for any young individual. Yes, it is true that he needs time to refine the rough edges, however, he has just turned 18! Let that sink in! We will follow him very closely as we believe that he is a world class player in the making.

In curtesy of the platform “transfermarkt”, Crysencio Summerville is currently evaluated at 0.35 Million as per on this date 06/12/2019 being when I am writing this analysis. We believe that he will go up to 1 million in the next market update. If by the end of 19/20 season he manages to rack up to 20 appearances (but very importantly – he must rack up the minutes), he would go up to 1.5 million in value.

Very Good Season (all or nearly all the approx. 34 Matches): Value would go up to around 30 mil.

Where do you believe that Crysencio Summerville will end up for the 20/21 season?

Our Prediction would be that he shall be having a very good season and he will be playing for AZ Alkmaar next season. We believe that AZ is a perfect fit for Crysencio.

As you might have noticed, we have very good faith in Crysencio. His determination and hunger are absolutely impressive. His story (being his fuel) is impressive. Crysencio Summerville is has a whole lot yet to give to the sport.

If he moves to a healthy club like AZ or Anderlecht, we believe that it would be a breakthrough for him. We can see how much Crysencio Summerville is improving (and in relation to the time frame). Yes, he still needs to refine different areas, however, as his confidence grows, we can see a glimpse of what Crysencio Summerville really is. He is a star in the making, remember the name.

Following, we will be going in detail on the different…