A counter-attack in futsal is an effective strategy to deploy for exploiting the gaps emerging in your opposition’s defence when they are in an attacking phase.

Contents hide
1. When is Counter-Attack Essential?
2. Become an Insider.
3. Which Formation is Best For Counter-Attack?
4. How Can We Achieve this by Playing a 2-1-1?
5. How to Counter-Attack? | Tactical Analysis
6. The Low-Press Approach
7. Conclusion
8. Here are Some of our Favourite Football (Soccer) Cleats

From a managerial perspective, counter-attack constitutes an even more important place in the tactics book of a futsal manager than a football counterpart. The smaller pitch size in futsal makes counter-attack exceptionally lethal in futsal. It is easier to transition the ball into attacking areas and expose the lack of defensive coverage on the opposition side.

Therefore, a futsal manager has to prepare his/her team for launching and neutralizing counters. In this piece, we will solely concentrate on how to execute a counter-attack in futsal.

When is Counter-Attack Essential?

If you are a football fan, you must be familiar with the term counter-attack. It refers to the attacking movement a team initiates upon thwarting an opposition attacking play.  The smaller pitch size allows futsal teams to strike opponents faster using a counter-attack ploy.

Many situations could arise from where your team can begin a counter-attack in futsal. In the most common situation, a team wins back the ball from the opposition and reverses the flow of the ball. In futsal, all players have to commit themselves while going forward.

This particular nature of the game makes futsal teams more susceptible to conceding goals from counter-attacks. As more players move forward, spaces open up at the back, which the opponent can target.

Hence, counter-attack in futsal is far more dangerous. It is incredibly difficult for the attacking team to mark opposition players since they are so high up the pitch.  So, a systematic counter-attack in futsal often leads to goals. Most of the times, it creates 1v1 situations. While defenders sometimes manage to ward off the threat, it is the forwards who often have the last laugh.

Teams which are capable of maintaining dominant ball possession can make use of the counter-attack strategy proficiently. They keep the ball, play small passes, and tease the opponents to press. If the opposition players press higher but fail to regain possession, they would expose inviting channels through which the other team can initiate a counter-attack.

Manchester City boss Pep Guardiola is a zealous advocate of counter-attacking football. If you see Manchester City play, you would see their players keeping the ball and waiting for the opponent to hit them. Many football managers have enjoyed enormous success with counter-attacking football besides Guardiola. It has proven to be a potent tactical weapon in futsal as well.

Which Formation is Best For Counter-Attack?

Counterattack in futsal is a common aspect of the game. You can use any futsal formation to launch a fruitful counter. That said, we do feel there is a particular formation that serves this purpose the best.

The formation in question is the 2-1-1. Successful execution of the 2-1-1 formation will let you unlock more spaces in the opposition half and retain ball possession with ease.

What is the ideal situation to kickstart an impressive counterattack? In the previous section, we have explored the ideal situation for a counterattack, which is catching the opposition high up the pitch.  You would want to pierce through the opposition formation and deliver the ball in ideal locations for an attack. In successfully doing so, you would be able to create 1v1 situations or outnumber rival defenders.

There are two defenders in the back, one plays in the middle, and the other player lines up as a pivot or a target player.

Each of these players needs to exhibit top-notch agility to carry out the game plan. The defenders, in particular, need to surge up and down the pitch to make the system work.  While in possession, the defenders need to be wary of the locations of opposition forwards. They must shield the keeper and try to win the ball back before the opponent players can dispatch a shot at the goal.

The defenders, or the goalkeeper, must release the ball to forward channels as soon as they receive the ball. Or, they could surge forward and occupy wider outlets, before passing the ball to an advanced player.  If the defenders succeed in this, the midfielder and the striker can get a great opportunity to score since opposition players would still be making their way back to defending positions.

On paper, the 2-1-1 has a pyramid-like shape with a designated striker leading the line. There are no specialist wingers, so the defenders would often have to play the role of makeshift wingers during attacking phases.

This formation allows you to sit back and absorb the pressure. The midfielder can act as a holding midfielder and provide additional support to the defence.  A 2-1-1 line-up attempts to draw out the oppositions into attacking areas and leave their defence vulnerable. Therefore, it is the most suitable technique for plotting a counterattack in futsal.

While one of the defenders makes the forward run, the other should take on a deeper role. The latter defender serves as an insurance against opposition counters. The midfielder’s responsibility is to co-ordinate between the attack and the defence. However, this player mostly finds himself/herself backing the defenders, rather than causing problems for the opposition defence.

How to Counter-Attack? | Tactical Analysis

There is no universal formula to perfect your counter-attack in futsal. Your approach to the game could be different, but your ultimate goal would be the same-exposing opposition defences.

The differences arise in formations and the styles of pressing. We have already discussed the tactical details of launching a counter-attack in futsal in a 2-1-1 system. We will now focus on the nature of pressing.  There are two lines of action to contemplate when it comes to pressing. You must choose between a high press and a low press. This decision would determine how you would execute a counter-attack in futsal.

If you choose to go for a high press philosophy, then you would be asking your players to push forward and charge the opposition players.  You would be trying to keep activities limited on your end of the court.

The defenders would also move forward and try to cut off the passing links so that the opposition cannot get out of their half. The forward player would make regular runs at opposition defenders and try to force out an error.

However, this is a high-risk approach. Since there is no offside, you would be leaving your defence extremely vulnerable. If somehow the opponent manages to pass through your high line, you would be in trouble.

To make this high pressing system work, you would need players with great technical ability and speed. If your opposition can outpace you, this tactical approach might backfire.

You will have to plug all attacking outlets to pin your opponents into their own half. The striker and the midfielder must isolate the defenders so that they can’t pass the ball to their forward players.

The other option is the more customary to mastermind a counter-attack in futsal. The low-press system is less intensive but can be equally effective in catching your opponents at the counter.  In a low press approach, your players would fortify the defence and surrender possession to the opposition.

The defensive shape should be stable so that the opposition finds it difficult to infiltrate.  You would be banking on your defenders and the goalkeeper, to keep the opposition from scoring. The advanced players would also track back and come to the aid of the defence.

Low press is a common tactic to adopt when you are defending a lead. Nevertheless, we also see teams using it from the very beginning. Especially, when you are taking the pitch against a stronger team.  The striker has to be very speedy to make the best out of this strategy.

Once the defenders, midfielder, or the winger plays him in, he needs to outrun the defenders and beat the goalkeeper.  Even though this sounds easier than playing a high press, you can’t afford to deviate from the highest level of your concentration while playing a low pressing system.

Deploying the low pressing system would make your opposition an easy target for counter-attack in futsal. They would leave their half and enter yours, which increases the odds of launching a counter.  Once your team wins the ball, your striker needs to run past the opposition backline. Without the offside restrictions, this makes it very easy to start a counter-attack in futsal.

The faster your defenders respond to winning possession, the greater your chances are to gain success from your counter. Counter-attack in futsal tends to be highly rewarding.

In-game situations dictate the strategy you should bring into play during a futsal match. But, counter-attack in futsal can be a profitable tactical decision regardless of the ongoing proceedings of a match. 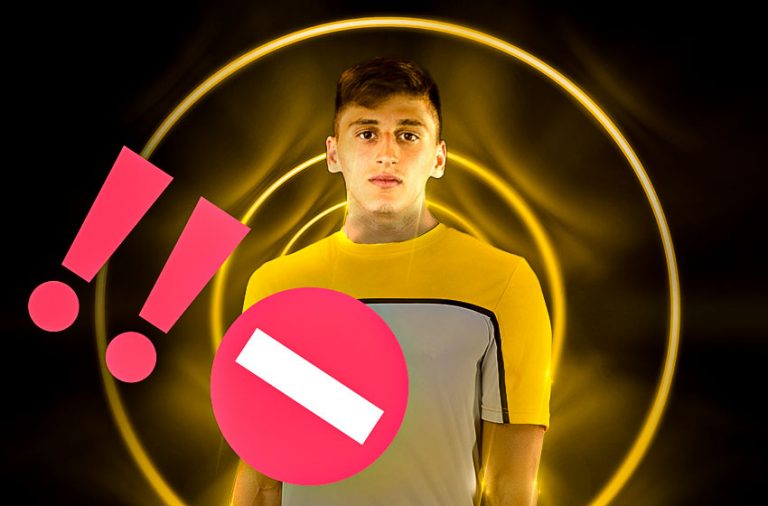 Football in any shape or form is close to our…