What Is Iso In Basketball? How To Get Better At It

Iso in basketball is a term that refers to isolation moves. The Iso moves are isolations, meaning they’re one-on-one plays where the ballhandler has space to maneuver and attack the defender. Iso moves are made famous by players like Allen Iverson, Kobe Bryant, and LeBron James. They all used iso moves to dominate their opponents on the court. Iso moves are great at creating offense. But they can also be used to create momentum. And it’s a lot of fun when you play with players who know how to use iso moves in basketball.

Iso moves are a great way to create one-on-one matchups. And they can be used in isolation or off of screens. Iso players need great footwork, ball-handling skills, endurance, confidence, and the ability to score from any position on the court. When also creating an iso move you want your player’s defender turned all the way around. So that he is looking at his own team’s basket instead of yours. There are two types of iso moves:

The Drive and Pull Up Iso Move

This iso move requires dribbling towards either side of the free-throw line. While using quick crossovers until there is enough space between you and your defenders for penetration into their territory. Which gives them room to drive.

Iso Move on the Perimeter

If your player is outside of the three-point line then they must first gain control of their defender by using some fakes and various dribbling moves before penetrating their territory for a jump shot or to make some sort of move at the basket-like taking it off the glass.

To perform an iso drive you need great footwork, endurance, ball-handling skills, confidence, and quick crossovers or between your legs which will cause defenders to lose balance making them vulnerable for penetration into any direction that you choose. When performing Iso drives in basketball players should use different crossover combinations until there are enough steps created towards either side of the throw line so that he has space to penetrate the defender’s territory.

Iso Drive from a Corner

If your player is in the corner then there should be space between them and their defenders to allow for penetration which they can do by using quick crossovers or around his back until he has created enough room to drive forward towards either sideline of the free-throw line.

Iso players who are outside of three-point range must first create separation from their defenders so that they have enough space to perform an explosive move at any time before driving past them down toward one side-line making sure to use combinations of different fakes with ball-handling moves like between your legs dribbling followed by a cross over step forwards.

Iso Pull-Ups are isolation moves performed by Iso players. It’s a great way to create momentum in the game, it can be used off of screens, and pull-ups give your player room to perform an explosive move at any time making their defenders vulnerable for penetration into either direction which they choose.

If you want your Iso-player to perform an iso pull up then he must use different ball-handling combinations like between his legs dribbling followed by one cross over step forward before exploding with another crossover or behind the back move that gives him space towards one sideline down toward the free-throw line for a jump shot or some sort of quick move at the basket creating enough separation from his defender allowing them no chance for recovery.

Iso Pull-Up from a Corner

The Iso players who are in the corners can perform an Iso pull-up by using various dribbling moves until they have created enough space to explode forward towards one sideline down toward the free-throw line with enough separation from their defender making them vulnerable for penetration into any direction that you choose.

The Iso-players who are outside of three-point range must first create some sort of movement from his defenders so that he has room to drive past him down toward either side-line giving him room to penetrate and do whatever move at the basket or take a jump shot which will give your player more momentum than before while also creating defensive vulnerability allowing no chance recovery.

The Brooklyn Nets’ James Harden is the first player I think of when I think about Iso basketball. He is one of the best at iso moves in all around the NBA today because he can get to almost any spot on the court and use his explosiveness to either take it off of glass or shoot a jump shot, so there’s very little chance that defenders will be able to stop him whenever they’re guarding against an iso move by James Harden.

Kevin Durant is an iso-player who can get to any spot on the court and use his explosiveness which makes him very dangerous in iso moves. He has different dribbling combinations that he uses when attacking defenders with Iso drives because of this, no matter where you are guarding against Kevin Durant it will be extremely difficult for them to stop an Iso drive by Kevin Durant.

Last, but not least, I am going to talk about Stephen Curry. I think he’s the best iso player in all of the NBA today because what makes him so dangerous with iso moves is that you can’t tell which direction he will go when driving past his defender, making it very difficult for them to stop him when he’s in the mood.

One-on-one iso drills are a great way to train iso moves because they will teach your player how important ball fakes and dribble combinations are when performing Iso drives. You can also do one on two or three iso drills as well that requires the defender to use different techniques for defending against an iso move by creating defensive vulnerability which is what this drill does.

Performing various types of ball fakes combined with different dribbling combos like between your legs, crossover step forward, cross over step back, etc., gives you a room at any time before using explosive moves like iso jump shots (a shot performed off of one leg), iso layups (a shot performed of one or both legs), iso explosiveness which is when you explode in any direction that you choose with no chance for recovery by the defender.

Ball Handling drills are a great way to get better at iso moves because it will improve your ball control, dribbling combinations which I have already mentioned earlier, and also build up the endurance of your ankles.

So there you go! Iso moves are when basketball players move past their defender down toward the free-throw line. Iso pull-ups can be performed from a corner or outside of the three-point range, and iso explodes allow your player to explode in any direction that they choose with no chance for recovery by defenders because it will create defensive vulnerability which is what players want when performing an iso move on defenders.

I hope you enjoyed reading this blog post about “What Is Iso In Basketball?” as much as we did writing it! Thank you so much for visiting our site today and feel free to check out all other blogs on Field Insider.

Role Player In Basketball: Importance Of A Great One 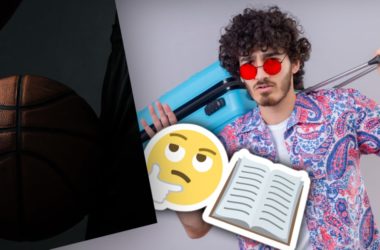 The NBA is one of the most competitive leagues in sports. The intense competition forces NBA players to… 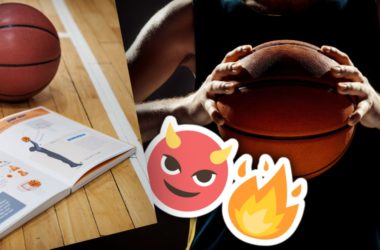 How To Play Power Forward In Basketball: The Best Position

In basketball, a power forward is the player that lines up at the front of a team’s formation.… 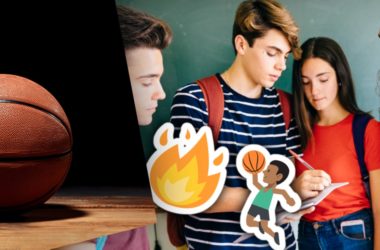 How Long Is A High School Basketball Season?

The high school basketball season is a long one, with teams playing for about 5 months. This blog…