This article will discuss whether or not basketball players should try to play the entire game without breaks. How many games some NBA legends have played a whole game. And what playing at full intensity for an entire game does to your body afterwards.

The average NBA game has a 48-minute game clock with 12 minute quarters. A basketball player can play the whole game if they can stay on their feet. And keep up with their teammates during those 24 minutes of basketball action.

Can an NBA Player Play the Whole Game?

In general, basketball players can play an entire NBA game without being tired at all. Because of their physical conditioning and workout regimen. Basketball is about endurance and stamina. A basketball player’s performance in a basketball game depends greatly on how well conditioned he or she is with his/her body physically before going into the actual basketball competition itself during that particular match-up against another team.

Some basketball players are so fast and agile that they can play the whole game without taking a break. Kobe Bryant has played an entire NBA game for his team six times in his career. Before it became more common to take breaks during basketball games.

If you’re properly prepared by working out with weights for your muscles. Doing cardiovascular exercises such as jogging or running long distances will prepare you both mentally and physically to go through three full quarters of intense basketball action. Until it comes down to crunch time near the end of the basketball game.

Are There Any NBA Rules Against Playing an Entire Basketball Game?

How Many NBA Players Have Played a Whole Game?

According to Stathead Basketball, a total of 4374 basketball players throughout NBA history have played an entire game in the league. Some of these players happen to be basketball legends such as Kobe Bryant, Wilt Chamberlain, and Kareem Abdul-Jabbar.

The reason basketball teams have started to rest their starters is because of injuries due to overuse during long games. An injury can lead to other players on your bench who need playing time. Or make you lose trust with teammates if you cannot stay healthy enough to continue working together as a group toward winning another championship title.

A player’s body takes quite some punishment after dropping all those pounds while running up and down the court for 48 minutes straight against opponents trying to stop from scoring each basket goal. Playing basketball can be very strenuous on your body, but basketball players are in excellent shape and have a perfect skill set to play a whole game.

If one person gets hurt badly enough he/she cannot continue playing basketball during the game, this could lead to other players on your basketball team having to play more minutes than they normally would if you had a full bench of basketball players. This is why resting basketball starters has become so popular in recent years among NBA teams with star basketball players because it can help keep those key people from getting injured and risking losing another championship title for their basketball team.

The Benefits Of Playing A Full Game

Playing basketball at full intensity will help with your physical fitness level. You develop strength during games by running up and down the court many times carrying heavy equipment (a ball). If you play basketball every day after practice or basketball games, you will become more skilled at basketball.

Disadvantages of Playing an Entire Game

Injuries Can Be Serious!

Basketball has become such a physically demanding sport due to how fast and agile many professional athletes move around on the court with dribbling skills and jumping abilities needed when trying to make fancy basketball shots. Playing basketball for 48 minutes straight is very demanding on your body and can cause serious injuries if you are not strong enough to keep playing basketball at a high level of intensity without getting tired from all the running around.

Playing basketball for an entire game may make players weaker in their shooting accuracy due to fatigue making it hard to focus while trying to score points against opponents who also have good skills with dribbling and passing abilities using teamwork tactics when they see a player starting to get weak from lack of energy reserves, which could lead other teammates taking over that position giving them more opportunities during games where teams will need everyone’s best effort toward winning another championship title.

How to Prepare for Playing a Whole Basketball Match?

To last a full basketball game, it is important to:

What to do if You Get Tired During a Basketball Match?

If you feel tired at all, then just let your coach know so he/she knows how much time you need between quarters of an NBA basketball game before going back out on the court after halftime to start up another three-quarter segment of intense professional basketball action down low with those big guys making plays around the basket area trying to block all your shots from behind when taking them.

In conclusion, basketball players playing full intensity on their feet is very beneficial in physical fitness terms but carries its disadvantages as well which must be taken into consideration before deciding whether or not basketball players should try playing games fully from start to finish! It’s important overall to remember that every basketball player has a basketball IQ which is what also makes basketball a sport of intellect as well as physicality.

Thank you for reading our blog post about whether or not basketball players can play a whole game or not, and why? We hope this article was informative in explaining, and you enjoyed reading this blog, and I’ll see you next time! 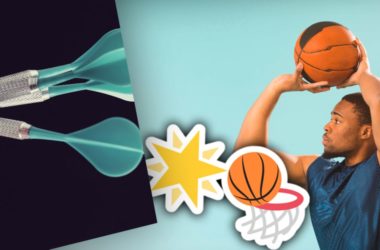 Steph Curry Shooting: How To Shoot Like The NBA Superstar

Steph Curry is one of the best shooters in NBA history. The shooting form of Steph Curry has… 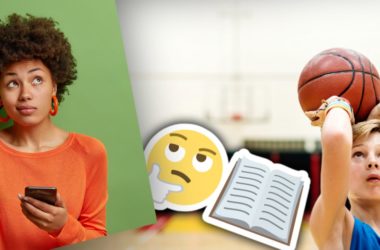 Is It Too Late To Start Playing Basketball At 13?

Basketball is an amazing sport that can be played at any age. It’s not too late to start… 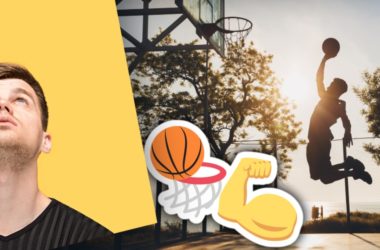 Reasons Why NBA Players Can Jump High: A How-To Guide

Ever wonder how NBA players can jump high? Well, the secret is that they train differently than most…