We're looking for writers to join our team! Feel free to contact us through the following page! 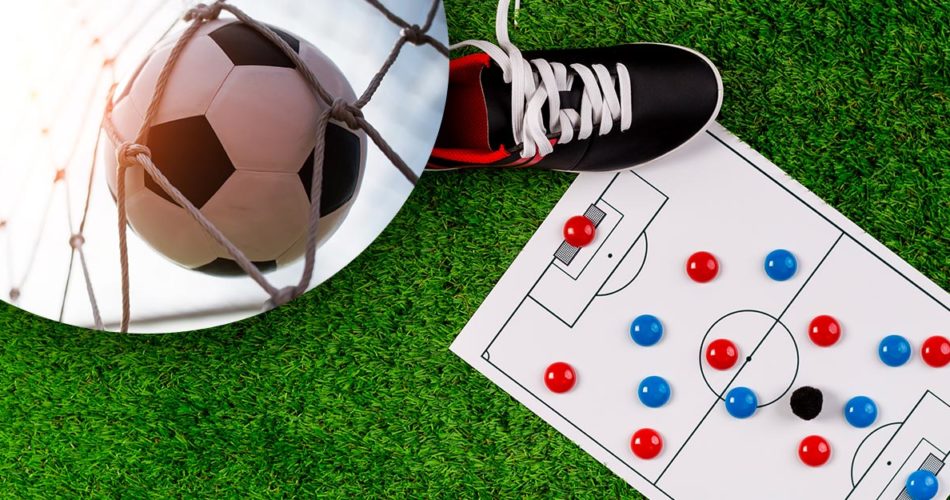 Set-pieces have always been a chance to score a goal and a challenge for defenders to keep their net intact. These are both underrated and overrated scoring tools at the same time. Some coaches and teams tend to overvalue them, relying on them too much. On the other hand, there are probably significantly more examples of teams where they don’t even work on this aspect of the game in their training sessions and do not have regular set-piece football training in their schedule. In football nowadays they are a part of carefully planned and designed tactics and show the increasing importance as a strategy tool and becoming integral part of training with set-piece football training drills.

Corners have always been, are now, and will be a means of relatively easily endangering an opponent’s goal if we compare the complexity of that process and the process of coming in front of the opponent’s door through the game itself. That is why defending corners is crucial and if not practice in set-piece football training and done properly, may change the course of a game. There is zone corner defence, man-to-man defence, and a combination of both. The goal of defending the corner is to throw the ball as far away from the goal as possible.

Defending ‘man to man’ comes down to just that. The player marks the player. Strictly marking your player, following him in his movements and winning the (aerial) duel if it occurs. This method of defence has its advantages and disadvantages. The downside of this way of defending corners is that the attacking team can use various tactics to block the defending team’s players. This results in the defensive player not arriving or failing to mark his target man, and sometimes even to accompany his player at all. This again will result in the opposing player being left completely alone and free to endanger the goal.

The downside is the player’s focus on the opposing player and concentrating only to mark the same and defensive player cannot completely track the path of the ball. A moment of inattention leads to the loss of an opposing player. One of the advantages of this method of defending corners is contact with a rival player. Under contact, like with interference, the attacking player will always react less efficiently. Marking player to player is the easiest defensive tactic from the player’s point of view. Take your player, follow him and try to break the ball.

Unlike “man-to-man” marking, zone corner defence consists of players strictly in charge of defending certain zones or areas. Therefore, they can follow the ball all the time, because they are focused only on their zone, not on the opposing player. If the ball comes into the player’s zone, the goal is to kick it out. Theoretically, there is nothing better (but also harder in the same time) than pure zone corner defence. The players are divided into three horizontal lines, of which 4-5 (there can be fewer, and even more) players oriented to their zones are on the first line (five). Most often, these are the players who are the best in the air game with great jumping skill and a pronounced anticipation of the game. Each of them has its own task.

The second line (around the penalty spot) is usually made up of 2 or 3 players, whose task is to slow down the opposing players, in order to get in the worst possible position to rush  into a duel with the first line. The third line consists of 1 or 2 players whose obligations are oriented to the initial phase of defence and looking for bounced balls, because they are also focused on the phase of attack and a chance to create a counter attack. The advantage of zone marking is that the players on the front line are in a proactive role. They attack the ball, their face is turned towards the opponent’s player, run is based in the direction of the opponent’s goal, which means that they are in the same starting position as the players who attack the corner.

Perhaps most teams use a combination of both methods of corner defence, trying to get the best out of them. Two, three or four players in the top five cover their spaces, while the rest are in “man to man” mode of defence. When defending corners, we often see a defensive player on the goalpost. That player or players (if there are two of them) “reduce” the size of the goal. Simply put, he defends the goal. Some coaches practice this with two players (one on each post), while others place only one player. The third option is not to use even one player on the goal line, while others put one and give him a flexible role in the line of the goal with the aim to react according to the situation.

Offensive corner kicks setup differs depending on the type of defence of the opponent. When dealing with a zone defence, offensive players would try to quickly enter the defended area. Two players, one near the post, the other outside penalty area. Two players approach each other which distracts two opposing defensive players outside the 16-yard box, leading to fewer opposing players on the jump.

Offensive corner when dealing with a combined defence requires a much more complicated approach and a lot of work during set-piece football training. Since it contains both zone and strict man marking principles, that calls for some additional conditions to meet for the success of this break, and thus for scoring a goal. This can be achieved by:

All of mentioned above may give you the necessary edge over the opponent when you wait for the corner kick in their box.

We can distinguish far post corners, penalty spot corners and short corners, and all of these situations should be simulated at set-piece football training drills. A far post corner is useful when setting a player on this post for a powerful, close range header. Downside of this is that it is technically a more demanding corner kick to take. Corners at the penalty spot are much easier for the goalkeeper to catch the ball. Short corners are a good option if you do not have a lot of players with good aerial abilities. It is also a useful way to distract defenders and create additional space in the box.

One of the most commonly used interruptions to directly endanger the opponent’s goal. In the situation when it is in the shot zone, often in the part of the field in front of the penalty area. This kick can successfully be performed in two ways:

One method often used is an attempt to confuse or mislead the defending team by having one player run past the ball without kicking it. This can sometimes lead defenders and their goalkeepers to think that the ball is about to be kicked and the play has started. Therefore, they will make their defensive action earlier than it should and give away their plan. You can try at set-piece football training sessions various methods of triggering opponents’ moves so they discover to you their defensive tactic.

Main tool in defending free kicks is setting up a “wall” of players. It is set by the goalkeeper in communication with the first player. Must be positioned in a way that can block the frontal shot, but in the same time it is very important for the goalkeeper to see the ball and keep a good overview over the defending area. In relation to the place from where the break is made, its distance from the goal and the trajectory of the ball depends on how many players will be in the wall

Most often, the wall consists of 4-5 players when the ball is positioned in the middle area of the field, straight front to the goal. If the free kick is positioned on the side, the wall should have 1-3 players. The highest players are often in the middle of the wall, to be more precise they are the second and the third player in a row. Different wall tactics should be regularly practiced during set-piece football training sessions.

Set-pieces as often neglected part of tactic may actually provide cutting edge to the teams that invest a lot of time and energy practicing them. As football becoming a sport where even a little detail can change the course of the game, professional clubs’ coaching staff analyses strengths and weaknesses in these situations and includes simulating game-like set piece scenarios at training sessions. New techniques are developing daily at how to react proactively and be a step ahead of your opponent, both in offensive and defensive set pieces.

Youth Football Academy for your Child | What to Look for

What Should Kids Eat in Football? | Nutritional Guide

Winger vs Inside-Forward | The Difference

Youth Football Academy for your Child | What to Look for

Any cookies that may not be particularly necessary for the website to function and is used specifically to collect user personal data via analytics, ads, other embedded contents are termed as non-necessary cookies. It is mandatory to procure user consent prior to running these cookies on your website.