We have often heard this well-repeated sentence; ‘Football is a team sport!’ Indeed it is. But, there is a mix of everything, from individual brilliance to jaw-dropping team displays. Today’s discussion will revolve around the team building, or more conveniently, let’s call it team cohesion.

Contents hide
1. What is Football Team Cohesion?
2. Why is Team Cohesion Important?
2.1. better cohesion; better performance!
3. How to Realise the Level of Team Cohesion?
4. How to Accomplish Cohesion?
4.1. a ‘not-so-easy’ task:
5. Team Building Activities
5.1. Plan a Field Trip Together
5.2. Play Fun Games
6. Doing Sports Activities Together
6.1. Go For a Run Together
6.2. Any Other Sport
7. Visit Sports Events Together
8. Conclusion

We are not negating the fact that there are players like Lionel Messi, Cristiano Ronaldo, Kylian Mbappe, Erling Haaland, and many more, who possess the ability to change the game by their individual brilliance. But it occurs seldomly. Doesn’t it?

At the end of the day, it’s the team that matters. It’s the collective display that any team should aim for instead of relying on one individual. FC Barcelona had Messi at the peak of his powers between 2017 and 2021 and still, they suffered massively. It was mainly because the team was overly dependent on Messi, which made them forget the ‘team cohesion.

What is Football Team Cohesion?

Cohesion is typically defined as the level to which a group feels connected, bonds, and remains united. Through their pursuit of accomplishing a common goal. We differentiate two kinds of cohesion.

A professional football coach has the task of building both kinds of cohesion. He must facilitate establishing and strengthening connections and mutual trust between his players.

And at the same time define mutual goals and team cohesion activities in which all players, through an individual and combined effort, will endeavour to succeed.

Why is Team Cohesion Important?

Every football coach knows that team performance cannot get better until you improve team unity. As the team unity gets better, it will harvest the combined strength and knowledge of all the individuals. And improve overall strength and quality of the team.

Building football team cohesion is highly related to improved team performance. By giving each other support, players motivate themselves and this activity will enhance their mental stability.

By designing team building exercises and football team cohesion activities. You can upgrade communication between players and improve the cohesion of your team. When improving these, you will directly build up your team’s confidence.

Because your players will know they have support from their teammates and are sure they can rely on them to help when needed. When players learn to trust each other, they create a bond, a connection that pushes them further to be motivated to play better on the field and give their maximum.

Teams that achieve cohesion, often succeed in their rise to the top of their league and overcome their rivals. If a team has a higher level of cohesion, it has a higher chance to perform well, which will ultimately lead to building a more cohesive team.

This is extremely important when it comes to youth football players, because it is also positively related to their further development and commitment.

How to Realise the Level of Team Cohesion?

You can tell that your team has good cohesion, when all the team players act as one, when they are united with one common goal, supporting each other’s efforts throughout the game, to reach their maximum potential. All their individual efforts combined will make the team more efficient on the field.

If you feel like the dressing room is divided into groups, and players are striving for individual excellence and selfish play during the match, this might be a red flag that you need to work on. From here onwards, we will help you to achieve cohesion in your team. Read on!

How to Accomplish Cohesion?

It was experienced before that the skill and ability of an individual player may bring your team certain success, but to achieve the full potential of your team and make them more than just a group of individuals, to make them a team, the specific bond must develop between them.

The everlasting connection and mutual understanding in your squad can be strengthened in numerous ways through different football team cohesion activities:

Although this may sound simple to achieve, coaches all over the world and even in the elite leagues have found this task quite challenging, and sometimes even impossible to achieve. If you accomplish creating a bond and some kind of brotherhood between your players, you may consider yourself lucky in terms of creating cohesion between your team members.

First of all, you need to identify how your team currently interacts and choose those exercises that will improve any potential weak spots in your team. You should detect the level of cohesion your team has at the moment.

Do they know each other well, maybe from their academy days? Did they come from different areas and cultures? Do they need a morale boost after a few defeats?

After selecting starting conditions and detecting weak spots that you should improve, then you should select appropriate team-building activities.

Plan a Field Trip Together

This is a basic and fundamental team-building activity. Organize a road trip to a nearby park or picnic area, visit a local football stadium or some fun indoor sports complex together, such as laser tag, bowling, or ice-skating rink.

Any activity indoor or outdoor, will help raise team spirit. These kinds of activities are a way to put your players in a natural, casual environment, where they will be able to get to know each other better and connect without pressure.

Even a small arrangement such as going for a meal together may help them relax and stimulate their camaraderie. One great activity that will not only help them bond but also enhance their teamwork is going to the Escape Room.

They will work there as a group and try to solve a problem together. Putting them in these challenging conditions will improve their communication and cooperation.

Fun and friendly competitions are an extraordinary way to improve cohesion in your team and establish a healthy contest atmosphere, which will be both enjoyable and interesting for your players. There are many kind of these activities:

The Floor is Lava

Create two teams and give them sheets of paper that are “safe spots” to help them cross over the ground, which now represents lava. Players must put the paper on the ground and step on it to get across. Whenever someone steps off the paper, the entire team must start over.

This is a great way to make players cooperate. Teammates will rely on one another for balance and must communicate to each other to save their team from falling into the lava.

As mentioned in the introduction, you see this is a great example of activity that fulfils both social and task cohesion: activity where participants have a relationship with one another, while working on achieving common goals.

Separate your players into two teams. Each team is given a blanket and each player in a team spreads it out, so they form some sort of blanket trampoline.

Throwing the ball into the middle of the blanket, teams must flip the ball over a volleyball net, which the opposing team must catch in their blanket. This kind of team exercise is ideal for youth teams. It enhances teamwork and communication, as they are necessary to achieve success in this game.

So simple, but so much fun. Considered a classic, this exercise will increase excitement during training sessions. The crossbar challenge simply requires players to stand a designated distance away from the goal, and attempt to kick the ball onto the crossbar.

It is a tough activity and will motivate them to work hard, but when someone succeeds, it will start a delight all over the team.

Split the team into groups of 2 or 3 players. Tie their hands together, while facing them to each other. With their hands bound, give them different tasks to complete. It could be any kind of task. Something simple like tying a shoe, or inflating the ball. Maybe writing or drawing something down.

You can even give them some kind of more complex tasks, like preparing a salad or sandwich. Team building exercises like this help build cohesion and boost creativity. They’re also quite fun for everyone involved.

Have players pick their favourite football team or league, or any other topic in the matter of fact, and host a trivia night. Rank questions by difficulty and establish a scoring system. This can be done every week or so, and will be an exceptional way to spend time together.

There are many other sport activities, besides football team cohesion activities, that can help team cohesion. One example is going to the gym together. This will help players to keep each other motivated and stimulate their teamwork by setting collective fitness goals. They will also guide each other and help their teammates achieve their personal goals.

Go For a Run Together

Choose a running route, and then slowly enhance the distance. Players will stay motivated to move the boundaries of their endurance and stamina. Sharing running tips and experience can not only help establish a good relationship and locker room atmosphere, but also help some players professionally, to uplift their fitness level and become better players.

Swimming, basketball, or rugby, can also be quite refreshing for your players and an enjoyable activity. Organize these kinds of recreation from time to time.

And last, but definitely not least, is to visit football (or any other sport events) match together. Let them see how professionals function as a team and use their teamwork to win, how they support each other during the match. Show them a good example of all the things you are trying to teach them. In the same time, you all will have a great time together and bring us closer as a group.

Bringing your team closer together allows them to improve their own game and enhances their team efforts on the pitch as well. Only through high levels of team cohesion and friendship and mutual respect between the players, can the entire team achieve greatness. 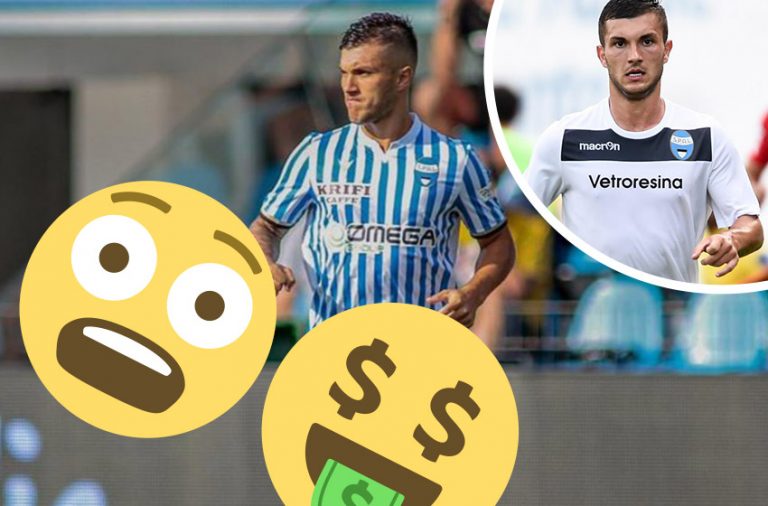